Leeds United were looking to build on the victory over West Bromwich Albion in midweek as we made the trip to The Den this weekend to face managerless Millwall.

Sadly, they had the last laugh in a 2-1 victory and we were seriously hampered firstly, by the seemingly harsh decision to show Gaetano Berardi a straight red card for a questionable foul in the penalty box (based on what I’ve seen so far) and then, our Achilles Heel showed it’s hand again as Ezgjan Alioski’s goal on the day was our only registered effort on target.

Statistics website Whoscored didn’t have great player ratings after that one as you’d expect, but in terms of Man of the Match, they had goalkeeper Kiko Casilla and Alioski tied on a score of 7.06 immediately post-game. 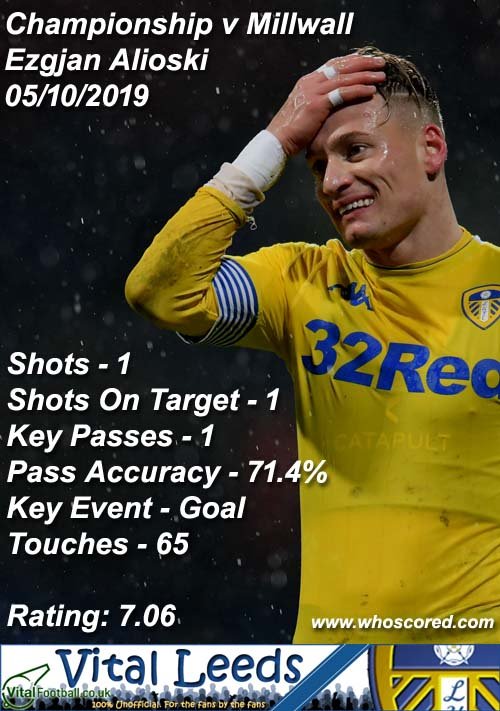 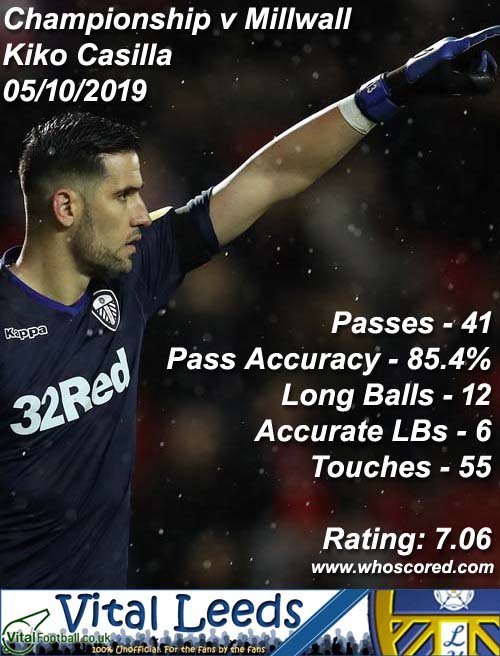 Not the perfect entry into the October international break, we just have to dust down and go again with some serious work on the training pitches. At least it’s a fortnight where some of our injuries will be two weeks closer to a return now.