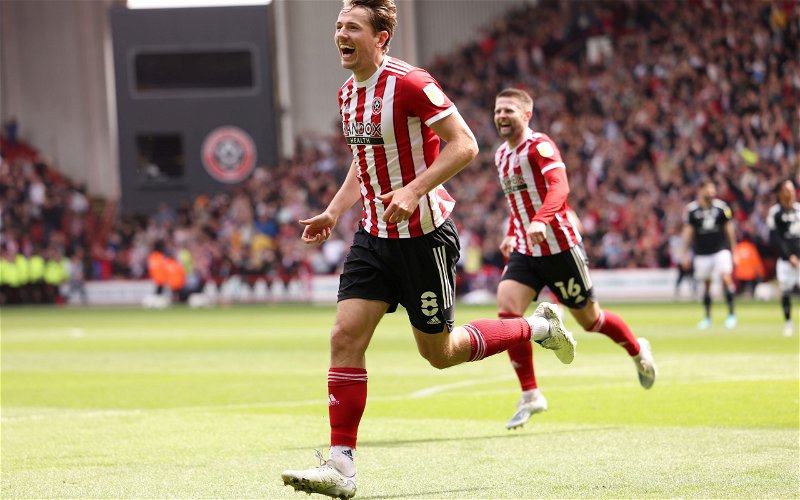 Leeds united are ‘getting the impression’ Sander Berge is ‘looking for a transfer’ according to journalist Dean Jones via GiveMeSport.

The Sheffield United midfielder has been on the Whites ‘to do’ list for a while now and although no official bid has been tabled, the interest has intensified.  Recent reports suggest Berge could be open to a move away from Bramall Lane after failing to achieve promotion with the Blades at the first time of asking.

In a recent interview while on international duty with Norway, Berge did nothing to squash the rumours of a move away.

“After the national team gathering, my agents, me and the club get to take care of it”

“I’ve had a nice development at Sheffield United lately. Then we will see what the future brings.”

Sander Berge would be a great addition to the Leeds midfield, he is a strong physical presence and can pick out a pass.  He has a wealth of experience at both club and international level with over 150 club appearances and 30 caps for Norway.

He still has a contract with Sheffield United that runs until 2024 but the release clause of £35m is not a bad price for a player of his quality, and at still only 24 years old, he has many years ahead of him.

Leeds have identified Berge as a perfect ‘sit in’ midfielder to partner alongside Kalvin Phillips or Marc Roca and they must see the Norwegian as one of those players who is playing football at a level or two below where they should be.  If Kalvin Phillips were to leave Elland Road, would Berge be the ideal replacement?

It will be interesting to see if Leeds can tie up the deal, what his role would be and also very exciting to see his future development and transition into the Jesse Marsch system.

Would Sander Berge be a good fit for Jesse Marsch? Would fans be happy if he was a replacement for Phillips?

Up Next: Who could replace Phillips?