Leeds and the European Super League: A Culture Clash 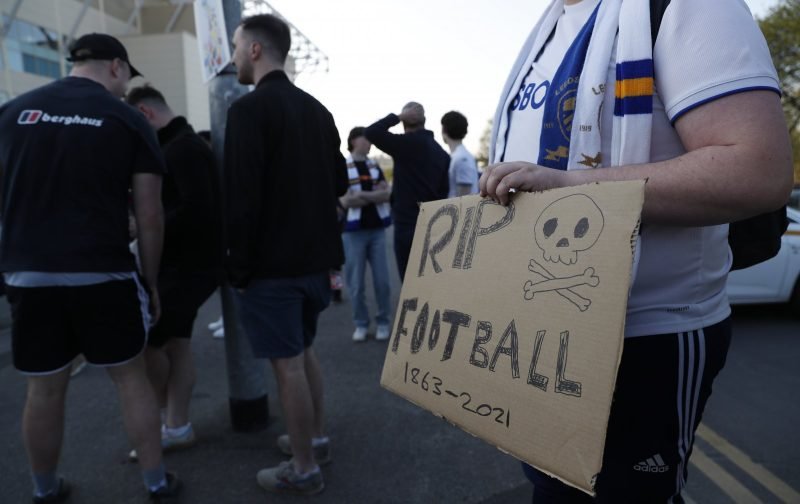 Leeds United is a microcosm of the city in which it resides. A modern community, brimming with culture, while yet still basking in its own traditions.

Both work in tandem, when a mood shifts in the club, it affects the city and vice-versa. Elitist values are not commonplace in the streets of Leeds, yet the Whites have found themselves rubbing shoulders with clubs attempting to break off into a European Super League.

While it may wash with some fans, though for the thousands that flock to Elland Road and those you will see up and down Briggate wearing shirts from all generations, it will not.

The ups and downs of Leeds United are well documented ever since 1919. However, if the Whites were admitted to a riskless money pit like the Super League, there would never be the downs for there to be any ups.

Moments of passion would be eradicated, Bristol Rovers at Elland Road in 2010, Pablo Hernandez’ heroics in South Wales last season. Moments never to be had again. The despair of football can be harrowing at times, but for many, it is what makes Leeds Leeds.

On the other side of the fence, the play-off loss to Derby County, that game in Blackpool. All horrendous memories now, but all of them make up the passion of the white shirt.

Of the lows Leeds fans have encountered over the past couple of decades, they would be a pittance to a world where United play in an emotionless pit of fiscal benefits. Each season going by as the fans are discarded, while the revenue counter keeps on ticking.

Tonight, Leeds host Liverpool, one of the benefactors to the Super League, protests are expected and Leeds as a club will be coming together to display their disgust for the proposition.