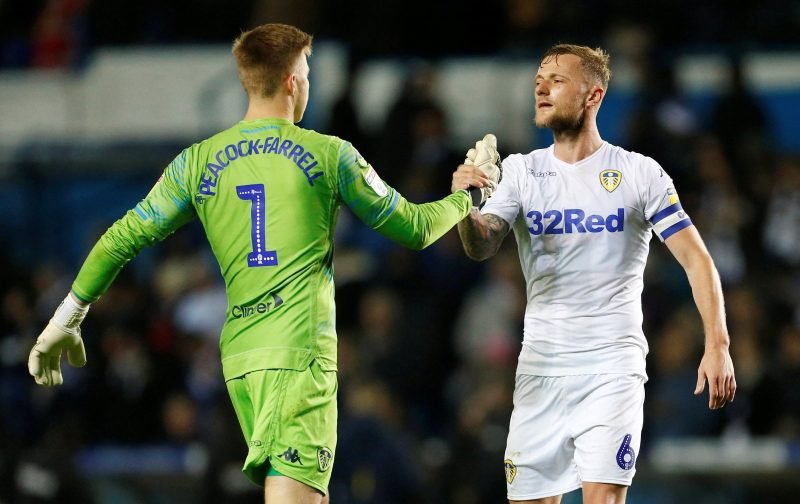 Leeds United are back at the top of the Championship but faced a turbulent ride during the recent victory over Wigan Athletic.

The Peacocks fell behind with just six minutes on the clock but Pablo Hernandez equalled just three minutes later, before Kemar Roofe sealed all three points by netting the winning goal in the second half.

Leeds goalkeeper Bailey Peacock-Farrell will be frustrated with his display following Wigan’s opening goal as he should have done a lot better, which did lead to some criticism on social media towards the stopper.

With Jamal Blackman also at the club, on loan from Chelsea, Peacock-Farrell needs to improve if he is to retain his first-team spot and he could have hidden himself away after the error.

To his credit though, the 22-year-old took to Twitter after the game to celebrate the win and was met with a wave of encouragement from Leeds’ supporters – who urged him to keep fighting and to learn from his errors.

Keep your head up lad. Great 3 points. Might not have been perfect for their goal but keep learning and improving, we’re all behind you #mot

Tremendous distribution Bailey lad. Really good building from the back.

Keep learning from your mistakes only way anyone can improve

Another solid performace from you Bailey, so nice to have a safe pair of hands in goal again.

keep up the great work youngman.

Well done Bailey ignore the negative comments. If you make a mistake learn from it and move on. We’ve got a history of great keepers and you’ve got the potential to be one of them. @GKPaulRobinson @nmartyn25

Good win!Just watch that positioning though and get that wall set right.I felt you were 3 yards out of position for the goal. Keep going!MOT