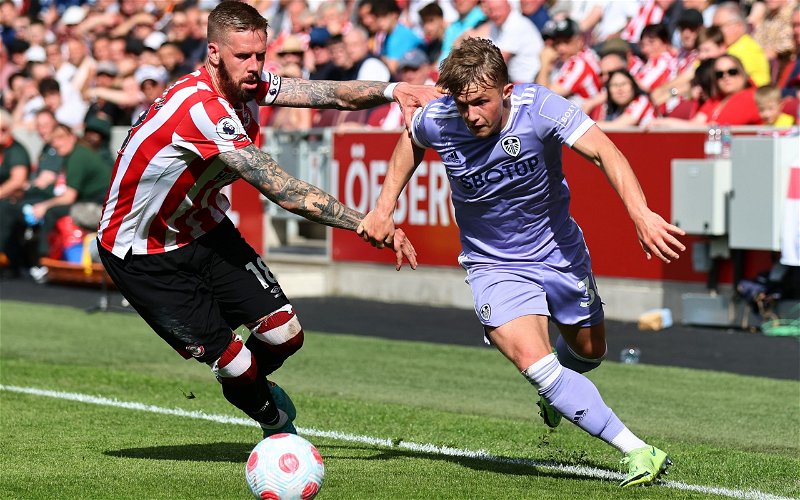 According to numerous reports, Leeds striker Joe Gelhardt is close to agreeing a new five year deal, keeping the talented forward at Elland Road until 2027.

One piece of business that simply has to happen this summer is the new contract for Joe ‘Joffy’ Gelhardt. It is rumoured he is very close to agreeing personal terms on a £25,000 a week, five year deal. TheTransferTavern have reported the details, and it is close to being confirmed.

‘Leeds United are reportedly on the verge of tying down Joe Gelhardt to a new contract, according to a report from TeamTalk journalist James Marshment.’

taking to Twitter to cite the report from TeamTalk, Marshment claimed that the England youth starlet is in line for a ‘new five-year deal’ at the Whites.

He stated: “As per TeamTalk sources, Leeds United are on verge of announcing new five-year deal for Joe Gelhardt, earning the 20-year-old a 55% pay-rise.” 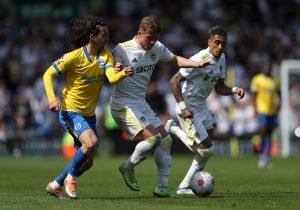 Gelhardt in action against Brighton at Elland Road

‘The report claims that Liverpudlian sensation Gelhardt – who was hailed as an ‘astonoshing’ talent by talkSPORT reporter Adrian Durham – is ‘likely to play an increasingly big role’ for Jesse Marsch in 2022/23 and will receive £25,000 per week, a reflection of becoming ‘very much part’ of the American’s plans.’

Gelhardt was signed from Wigan in August 2020 and made his Premier League debut for on 16 October 2021 as a second-half substitute in the 1–0 defeat to Southampton. On 11 December 2021, Gelhardt scored his first goal for Leeds in a 2–3 away league defeat to Chelsea and he netted his second on 13 March 2022, a dramatic 94th minute winner in the 2-1 win at Elland Road against Norwich City. Last season he scored twice and provided four assists in 20 appearances in the Premier League.

It is clear to see that Gelhardt is a real talent, and securing him to a long term contract will be music to The Whites fans ears. Many of whom are predicting a great season for the highly rated youngster this campaign.

What do Leeds fans think? Is £25k a week enough of a reward for the talented striker? Let us know in the comments.