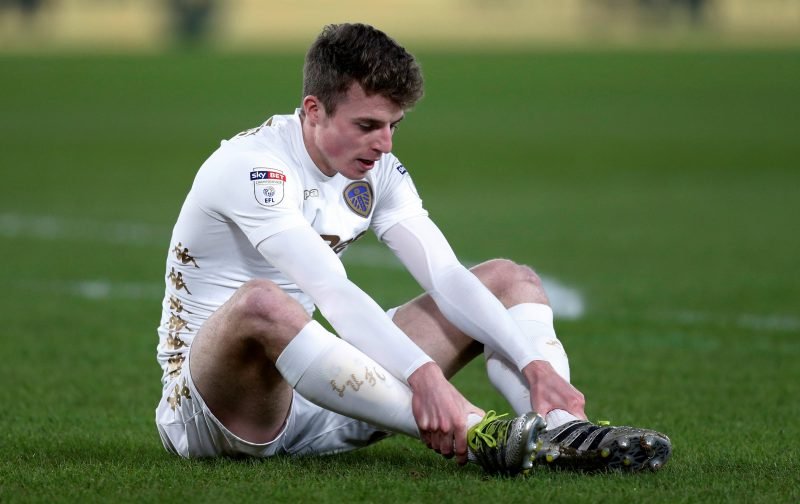 Loads of Leeds United fans have been reacting on social media to reports by Leeds Live, claiming Conor Shaughnessy has agreed a deal to join Burton Albion on loan.

Shaughnessy has been with League Two side Mansfield Town for the first half of the season, but will move up to the third-tier for the remainder of the term to better match his ambitions of playing at the highest level possible.

The 23-year-old began the 2019/20 campaign as one of the first-choice options at Field Mill under head coach John Dempster, but failed to retain his position following the arrival of Graham Coughlan on December 17.

Dempster had awarded Shaughnessy 14 starts and one appearance as a substitute in the league from a possible 21 games before his departure, while Coughlan is yet to name the former Republic of Ireland U21 international in any of his matchday teamsheets.

Shaughnessy had shown a sense of versatility to his game during his time with Mansfield, with a majority of the 6 ft 3 centre-half’s outings coming in a central midfield role, though each of his two assists came while playing in defence.

The United academy graduate, signed from Reading in 2016, could see his temporary move to Burton confirmed in the next few weeks, as Shaughnessy is currently sidelined with an injury.

Does Shaughnessy deserve another shot at Elland Road?

Shaughnessy could see his loan to Burton made permanent in the summer should he impress in the third-tier under Nigel Clough, as there will be a purchase clause in the deal given he is not seen to be a part of Marcelo Bielsa’s plans.

Burton are said to have been interested in taking Shaughnessy on loan in the summer before he joined Mansfield, but injuries at the Pirelli Stadium altered their plans.

I ve never undestood how TC could use him ahead of Klich. One of the worst youngsters recently.

Was always a name cited by Bielsa as back up in several positions, just never worked out

It’s about time, never rated him.

How he’s not made it at that level is beyond me. Thought he’d do a job for stags, they seem to be struggling according to a few of my pals, who are fans.

Played in league cup last time for us if I can remember. Not good enough

He wasn’t as bad as he’s being made out, he’s a great young player and will do fantastically well at Burton.

He weren’t good when christiansen was here

The club getting rid of players surplus to requirements to create headroom on the wages bill for 3/4 signings!