How Leeds are paving the way 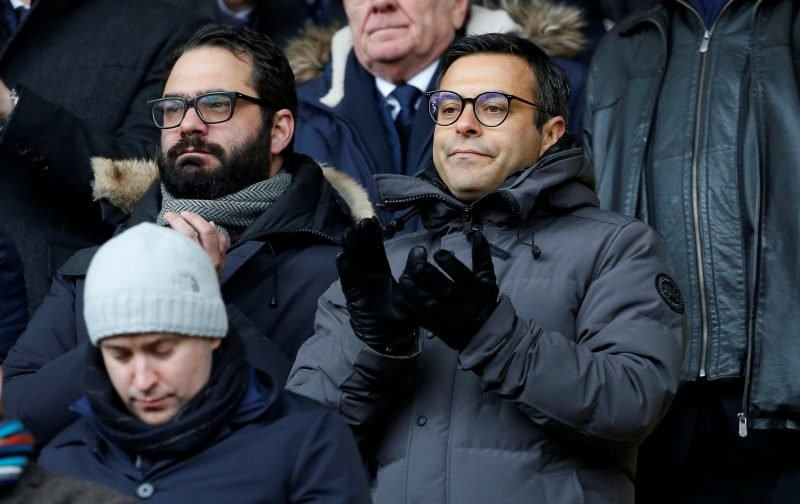 In the past couple of decades, Leeds United have ridden a rocky path when it comes to ownership of the club. Though in recent times it appears as if they have struck an ethical goldmine.

Previous to the now owner Andrea Radrizzani, a fellow Italian businessman, going by the name of Massimo Cellino was the owner of Leeds. The radical Italian had his superstitions that rocked the already unsteady apple cart of Leeds United fans. However, when the then 58-year-old was found guilty of £300,000 worth of tax evasion in the acquisition of a yacht.

For many fans it really summed up the character of the former Whites owner.

Cellino has gone on to steer the ship of a club back closer to his home. Brescia are the unfortunate victims of the current era of maverick owner.

During his time at Brescia he hasn’t exactly kept himself out the way of controversy.

Not only did he obtain the signature of one of the most notorious live wires in world football, Mario Balotelli. Cellino has also been accused of racially abusing him back in 2019. Earlier this year he was spotted coaching his own side from the touchline following his fourth manager sacking of the season – living up to his nickname “the manager eater”.

Thankfully for Leeds United, those time have passed, and Radrizzani is the new ambitious owner of the West Yorkshire side. Not only has the businessman steadied the ship, he has added a dependable crew to help steer it in the coming years.

Flying under the radar as one of the most vital additions Radrizzani has made during his Leeds tenure is Director of Football, Victor Orta.

Not only has he had vast experience that has allowed him to attract some key transfers – while being the spark that ignited the quest for Marcelo Bielsa. Orta boasts a footballing philosophy that resonates with many Leeds fans across the country, and he adorns it upon one of his t-shirts that he wears regularly, “Against Modern Football” it reads.

The values of the current ownership can be seen reverberating around the dressing room. Just this week we have seen English football take on one of its largest crises in living memory, yet a certain response from striker Patrick Bamford has shown the outstanding morality within the club.

In his post-match interview, discussing the threat of the then looming European Super League, Bamford expressed his admiration of effort shown to put an end to the unmistakable money-making scheme. Following those comments, the 27-year-old then went on to say it was a “shame” there isn’t the same level of “uproar” with other issues such as racism in the modern game.

It is clear to see that Leeds United as a club have transformed for the better since Radrizzani took the reins. Though it has only been a relatively short period of time, Leeds fans will be hoping their beloved club can pave the way on and off the pitch for many years to come.