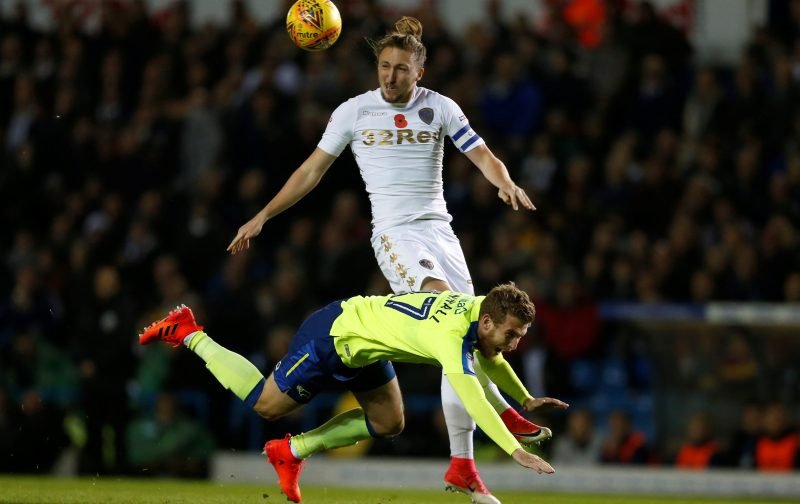 Leeds United fans will be well aware that fullback Luke Ayling has been ruled out of the next few months of matches owing to the medial ligament knee injury he picked up in the game against Nottingham Forest.

With pretty much wall to wall coverage of the club so far in 2018/19 (like usual) from broadcaster Sky Sports, a claim has emerged from the Daily Mail that suggests Sky are now going further than normal in relation to crowd noise and are periodically turning down the audio coverage owing to chants aimed specifically in their direction given how many fans are irritated by kick off times moving and the lack of recompense financially compared to clubs in the Premier League.

Against Forest, whilst Kemar Roofe was being interviewed by reporter David Craig, as one chant started apparently the audio went off completely and whilst the Mail reference ‘technical problems’ Sky themselves have refused to comment apparently and it didn’t take long for some to proffer Sky had muted the fans deliberately, as opposed to the normal profanity ‘dampening’ that goes on at all games.

Ayling’s Tweet above got some hot under the collar, but others saw it as a great opportunity to point fingers once again at the EFL over issues this season.

Can't silence the loudest fans in the country???? No matter how hard they try. They turn down the noise we make yet still its only always Leeds fans u can hear on the telly. Now that says something ???? #WeAllLoveLeeds

Who’s taking the megaphone then? ????

Don't be upsetting Sky Luke will be getting fined for this tweet ????

You can sing along too now Luke! #ALAW

Careful Luke, you’ve most likely just got yourself a ban for encouraging football fans to sing louder ????‍♂️