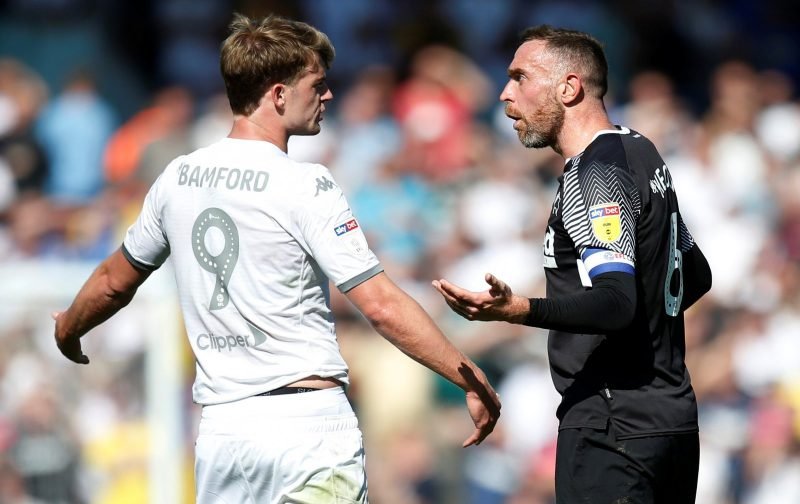 “Plenty of bridges need a troll underneath” – A lot of Leeds United fans have not held back with their views on Richard Keogh – after Derby County sacked him.

The 33-year-old defender was involved in a car crash earlier this year with his two former teammates Tom Lawrence and Mason Bennett – both of whom were drunk while driving.

The crash ruined Keogh’s knee, and Derby have claimed that he won’t take a pay cut, so have sacked him for gross misconduct.

Keogh is not exactly popular with many Leeds fans after last season’s playoff semi-final, and “Spygate.”

This news has, therefore, gone down brilliantly with many Leeds fans.

You love to see it

Keogh’ll be fine. He’ll get some work. There’s plenty of bridges that need a troll underneath them.

The dole queue is HOW LONG?!!!!! pic.twitter.com/bWz1aggbTT

Some Leeds fans are not holding back when it comes to their assessment of Keogh.

Sort of feel sorry for Keogh … there should be two others being sacked.

What about his drink driving team mates?

Other Whites supporters want to know why Lawrence and Bennet are still at Derby.

#dcfc must be the most morally corrupt club going. Wonder what keogh thinks of Bennett and Lawrence now. Some mates. Leave him unconscious in a car and now this. Sacked to help fund Rooneys wage ????

The moral club doing the moral thing once again. The football world is lucky to have such a wonderful moral compass as Derby county #dcfc #lufc

Finally, some Leeds fans are not surprised Derby have made a financial decision rather than a moral one.