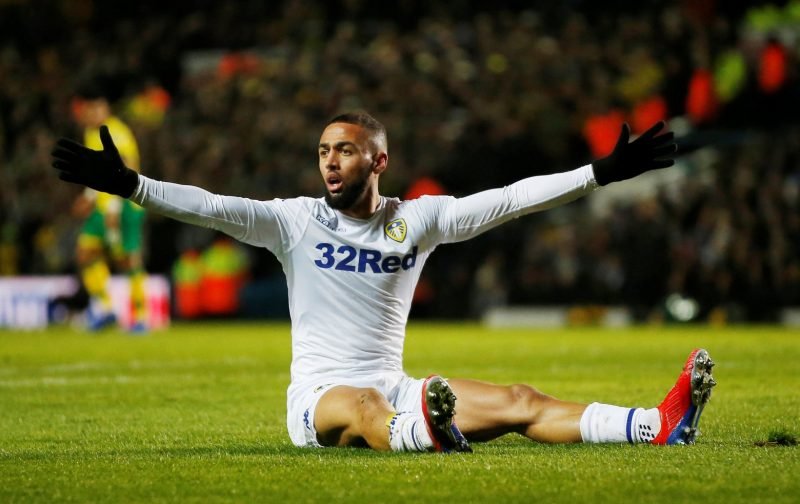 A handful of Leeds supporters have been reacting on social media after LUFC Data shared just how much game time Kemar Roofe and Patrick Bamford actually played during our push for promotion.

The pair were Marcelo Bielsa’s only realistic options to lead the line at Elland Road during his inaugural campaign, while Tyler Roberts was handed the responsibility on eleven occasions – mostly during the early stages of the term.

Injuries, though, struck the squad hard in the 2018/19 season, and often left the boss with one attacking option to call on while another dropped into midfield to fill a gap further back.

Bamford, in particular, was a regular injury concern following his potential £10million move from Middlesbrough, with the Grantham-born forward ruled out early on with a severe cruciate ligament injury sustained while playing with our Under 23s.

The 25-year-old eventually made his return to action in December, and scored the only goal of the game as we beat Bolton Wanderers 1-0 at the University of Bolton Stadium. However, he then aggravated a knee ligament in training and would miss a further seven games.

As for Roofe, a calf problem picked up in training within the first week of September sidelined the 26-year-old for six games and opened the door for Roberts to lead our line, before he would suffer knee ligament damage of his own in March.

Altogether, their injuries and time out of the starting XI, in general, meant Roofe played just 58.1% of all minutes on offer in the Championship – including Play-Offs – while Roberts featured in 43.2% and Bamford a woeful 33.6%.

When LUFC Data shared those numbers on Twitter, here’s how these Whites supporters reacted…

You can see how he’d win everything with robots…

This is why I’m still hopeful for greater output for PB this season. He’ll know he could have been better, but he was never truly fit. If he gets a full pre-season and stays fit he can be a lot better next season.

And there we have it. By far the biggest hurdle we failed to overcome and its hardly surprising

I’m guessing could have been even worse but for a brilliant physio & rehab dept. Price is priceless.

Unfortunate stats. Also unfortunate that we had just 2 players for every position as injuries wrecked us this season and it would seem that we needed 3 players

Do you have the % figures of every player injured? I think the 3 listed just demonstrates the miracle MB managed but the injury list he managed just grew and grew towards the end of the season. Thank you.