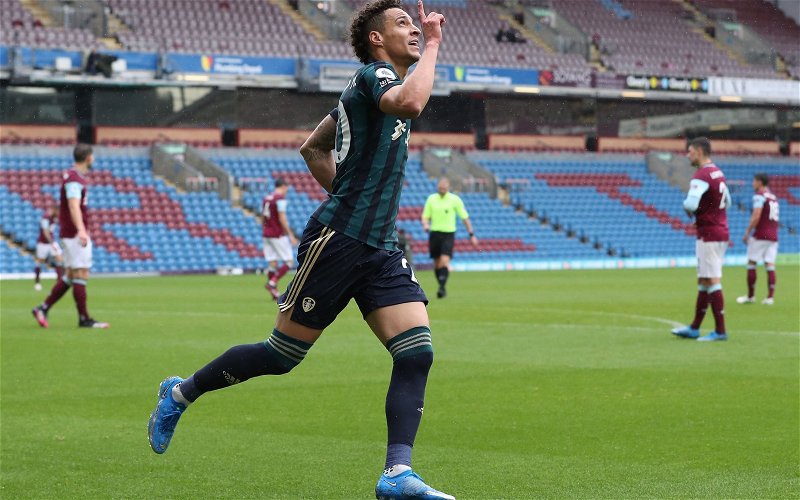 When one legend leaves, often it can the empty void can feel irreplaceable. That is how it has felt for many Leeds United fans after seeing Pablo Hernandez leave the Elland Road pitch in floods tears following his last game in May.

However, there is one man who has announced himself as front runner in being the ‘new Pablo’.

Last week, Leeds had a reshuffle and divvied out their squad numbers for the new season. Obviously, Pablo’s famed number 19 shirt had become available – a shirt number that would have to be grasped by a talent confident enough to provide the special moments that earned Hernandez the nickname ‘El Mago’.

Despite an underwhelming first season in West Yorkshire, record signing Rodrigo Moreno has snapped up the opportunity to display his international quality at Elland Road. Bearing the number 19 for Leeds’ second season back in the Premier League, this could be Rodrigo’s breakout year for the Whites.

As we have seen from previous signings, it can often take a year or two to fully integrate into Marcelo Bielsa’s high intensity set up. Year on year, players like Jack Harrison, Patrick Bamford, and Luke Ayling have all taken on bigger strides with each coming year under Bielsa.

The same could be the case for Rodrigo.

It goes without saying that the last campaign wasn’t the smoothest of transitions for the 30-year-old. A season hampered by injuries and a brush with COVID-19, the former Valencia forward never had a chance to really get going.

Ahead of the 2021/22 Premier League season, Rodrigo will have had a full pre-season following his admission from the squad of the European Championship hopefuls, Spain. No doubt a disappointment for him, this will be the year he kicks into gear and proves his £27m worth.

In the run in to the end of the season, Rodrigo, with the rest of his teammates, worked into some unearthly form. Topping the form charts for the final 11 games, Rodrigo scored four of his seven goals in these games.

Likely to be a stalwart in the starting line-up in the coming season, here at Vital Leeds, we have no doubt that Rodrigo will be the man to watch in white this year.