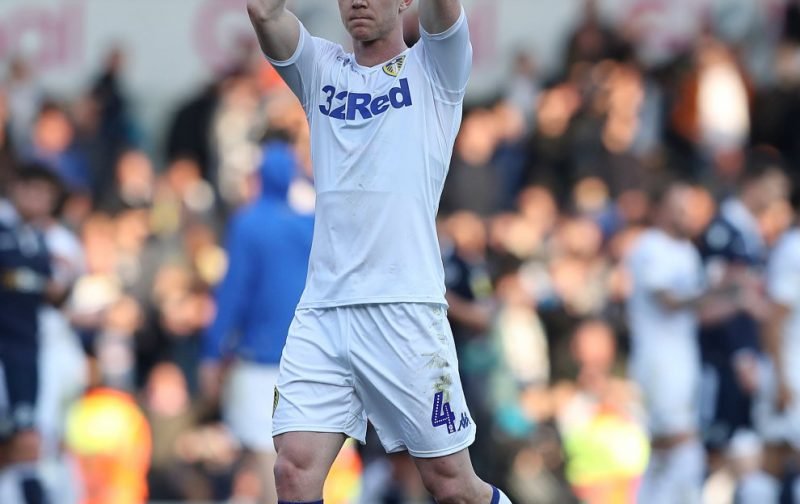 When players who played a major role in an era of undeniable success come to move on from a club, it is often handled with delicacy and can be planned to allow for a proper send off.

However, in Adam Forshaw’s case, we may have already said our final farewells.

Forshaw, now 29 in what should be the prime of his career, is still stricken by a hip injury he received against Charlton Athletic back in September 2019 – a game that will be remembered for all the wrong reasons.

At the time of the injury, head coach, Marcelo Bielsa was hoping to see Forshaw back in the matchday squad for the following game against West Brom at Elland Road.

Since that defeat at the start of last season, Forshaw has now missed 70 games on the bounce. For a player of any fitness level, that could be an unbreakable barrier back into the starting eleven under Bielsa.

As it has become custom at Leeds United, when a new signing arrives, it often takes weeks for them to settle into the hardened Bielsa regime. Weeks of constant circuits round the running track at Thorpe Arch and ruthless nutritional strictness. For a player who has not played a competitive game of football for 555 days, that ‘weeks’ may turn into months.

The possibility seems slim of Forshaw making a full recovery that can withstand the brutal training schedule, the unforgiving ‘murder-ball’ and then a non-stop fixture list on top of that.

It goes without saying that everyone at Leeds is wishing him a full recovery, but with each progress update claiming the midfielder is almost ready for training, it appears less and less likely to happen.

Forshaw is definitely someone who when in full tilt can supply Leeds with a lot of quality. He’s a Premier League experienced box-to-box midfielder, who can provide the solidity in cover for Kalvin Phillips that just hasn’t been found yet this season.

In his first year in West Yorkshire, the Liverpool born midfielder was finding life in Leeds tough, and definitely had his critics. However, before his injury just nine games into the Championship season, Forshaw was performing the best he had done in a Leeds shirt.

A return for Forshaw would be ideal for the Whites and the 29-year-old, but with extensive time out of the game. You can’t help but feel his time may have already come to an end at Leeds. Of course he will be able to find a role for himself at another level, but for Leeds supporters, the last goodbyes may have already been said without being said at all.