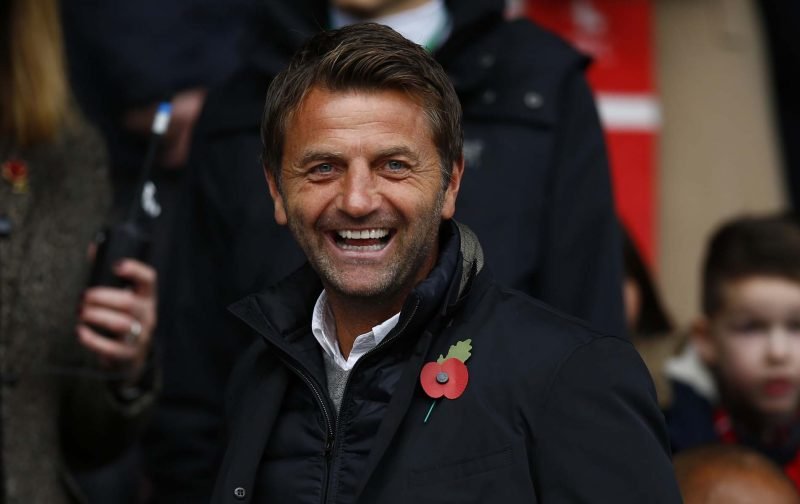 Former Tottenham Hotspur and Aston Villa manager Tim Sherwood was one of the guests on Sky Sports’ The Debate at 10pm on Thursday evening and as they poured over all of the day’s activities when it came to the transfer window and deadline day, the former midfielder picked out Leeds United’s capture of Arsenal starlet Eddie Nketiah for significant praise.

When the topic of the 20-year-old came up on the show, Sherwood believed that the young lad would quickly win over the Elland Road faithful and would definitely impress given the talents he has.

“Nketiah to Leeds today, for me. He needs to go out and get game time, rather Under-21 football, and there is no better stage to go out and get game time than Elland Road. That crowd will love this kid. He runs in behind, he wants to chase balls, gets himself in the box and scores goals. He’s got a good attitude, with a bit of spite which is what you need. I love him, I love watching him play. I’m sure he’s ready to step up and he’s got a great stage to do it on. Leeds is a proper football club. If he goes there, starts well, scores a lot of goals, becomes a sensation, he can be crucial in getting Leeds promoted.”

He’s certainly arrived with plenty of praise and some high hopes but we need to let him have time to settle in and we shouldn’t expect too much too soon given his age and relative experience in the game, but if he kicks on as plenty seem to expect under manager Marcelo Bielsa, the second half of the season could really see him come into his own.