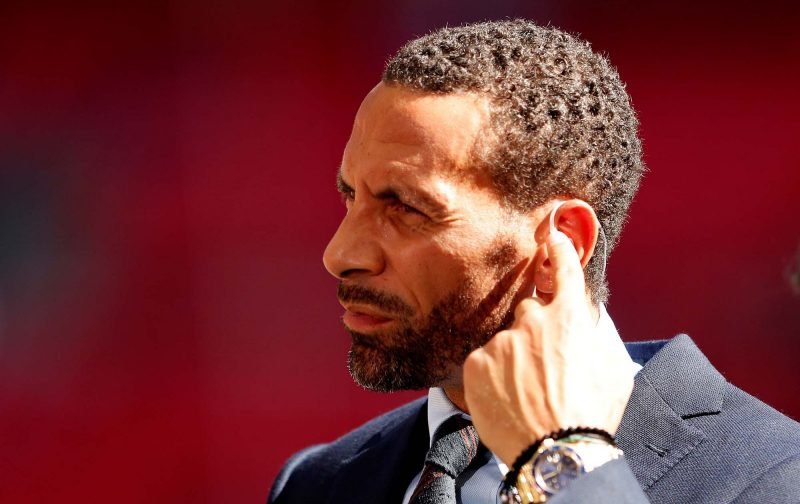 Former England and Manchester United centre-half Rio Ferdinand spent a brief two year spell at Leeds United during his playing days, making 54 appearances for the club before moving on to Elland Road and he’s admitted this weekend that his loyalties are split when it comes to the Championship promotion battle – but he has the perfect solution that many of the Elland Road faithful will now be happy with.

Now working as a pundit in the game, speaking ahead of the weekend’s round of fixtures to outlet Joe he revealed that he would actually prefer Sheffield United to gain automatic promotion owing to his friendship with manager Chris Wilder, but he obviously favoured Leeds United to go up via Wembley and the Play-Off route.

“I’d love to see Leeds in the Premier League. Their fan base, the passion they’ve got, they’d be a great addition. It’s where they should be. I had a great time there, so it’d be fantastic for me to see them there. I’d like them to go up through the play-offs, because my mate is the manager of Sheffield United so I’d like him to go up, but Leeds to go up through the play-offs.”

Given it’s ultimately how manager Marcelo Bielsa’s side will return to the top flight with how things have played out, in some ways, it’s a bit of a surprise given his playing days with us, but at least he was somewhat pragmatic about his explanation.