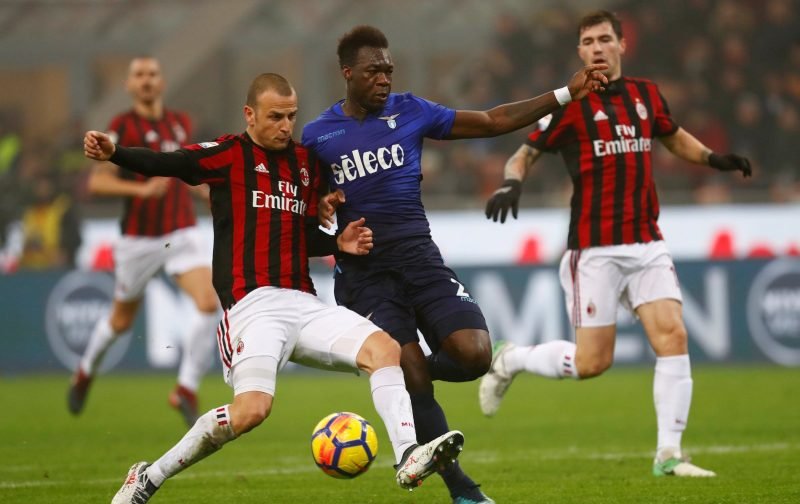 Leeds United are widely expected to strengthen every area of their squad ahead of the upcoming Championship season, and it’s anticipated that they’ll enhance their attacking options. The arrival of a dynamic attacking midfielder has been secured courtesy of Chelsea’s Lewis Baker, and Lazio’s Felipe Caicedo could be the next attacker to make his way to Elland Road.

According to Team Talk, Leeds United are interested in the services of Lazio striker Felipe Caicedo. The interest has allegedly derived due to the increased competition for Abel Hernandez, who is a free agent following the expiration of his contract with Hull City. The Uruguayan forward has been linked with a move to Elland Road for the majority of the summer. However, it has emerged that CSKA Moscow are interested in the services of the 27-year-old striker, which could force the Whites to pursue alternative targets, such as Caicedo.

The former Manchester City forward is currently playing for Lazio in Serie A, where he scored six goals in 33 appearances for the Italian outfit last season. Throughout his career, the Ecuadorian striker has failed to settle at one club, the most prolonged period in which he’s stayed with one club is three seasons, with Espanyol.

Caicedo has never been a genuinely prolific striker, the highest total of goals he’s amassed in a season was 14 with Levante in the 2010-11 campaign. Nonetheless, his experience and expertise could make him a genuine threat in the Championship.

He has been a tremendous player for Ecuador, scoring 22 goals in 68 international games, and such experience and know-how could prove to be of exceeding benefit to Marcelo Bielsa’s Leeds. The 29-year-old is regarded for his excellent aerial ability and his propensity to make meaningful contributions when attacking set-pieces. He’s also extremely confident when leading from the front, looking to press opposition defenders when the opportunity presents itself, although this can often lead to needless fouls.

Despite his evident talent, one feels that he needs to display greater ruthlessness in front of goal and exhibit more confidence when attempting to convert his opportunities. Also, his passing can be improved upon somewhat.

That said, the Ecuador forward is a competent player, who would be an excellent addition to Marcelo Bielsa’s team.