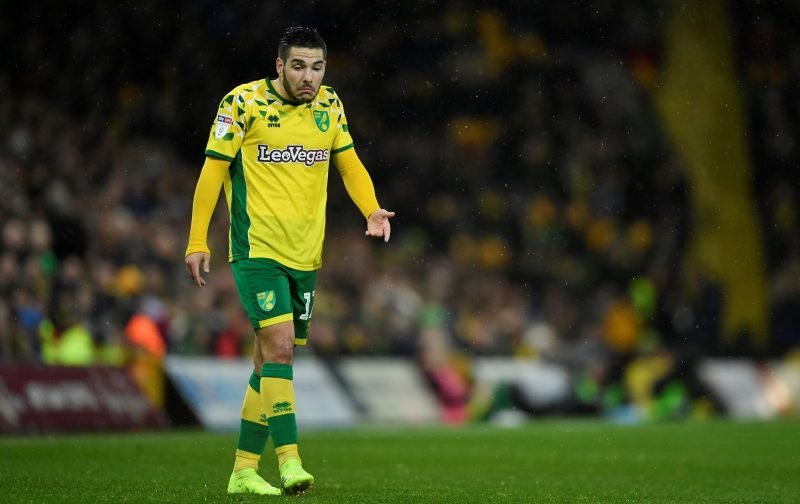 Leeds United will have to pay £25million if they are to sign Norwich City attacker Emi Buendia, a report from the Daily Mail has claimed.

Buendia provided eight assists and scored once as the Canaries suffered an immediate relegation from the Premier League this season, despite those impressive performances from the Argentine.

It seems as though Leeds are keen to take advantage of Norwich’s relegation, with the latest reports claiming that the Whites have enquired about the 23-year-old’s availability.

However, it seems that signing Buendia will not be easy, as it is thought that Norwich have told the Elland Road club it will cost them £25million to sign the attacker, who has four years remaining on his contract at Carrow Road, putting the club in a strong position to negotiate any offers that come in for the attacker.

Taking to Twitter to react to those reports, plenty of Leeds fans were keen to discuss whether or not the club should be paying that sort of price in order to bring the Argentinean to Elland Road.

25 million doesn’t seem like too much for what he offers just look at how much Norwich fans think he’s worth, very creative and doesn’t mind a tackle.

25m get lost who are they trying to kid

Way too much, worth about 5m max.

Id happily pay 18-20. One of the best players I watched in the championship last few years. Only makes me think how good bielsa could make him. Huge potential there. Been hard to shine in a poor Norwich prem team.