“Finally”, “More of this please” – These Leeds fans react to club post 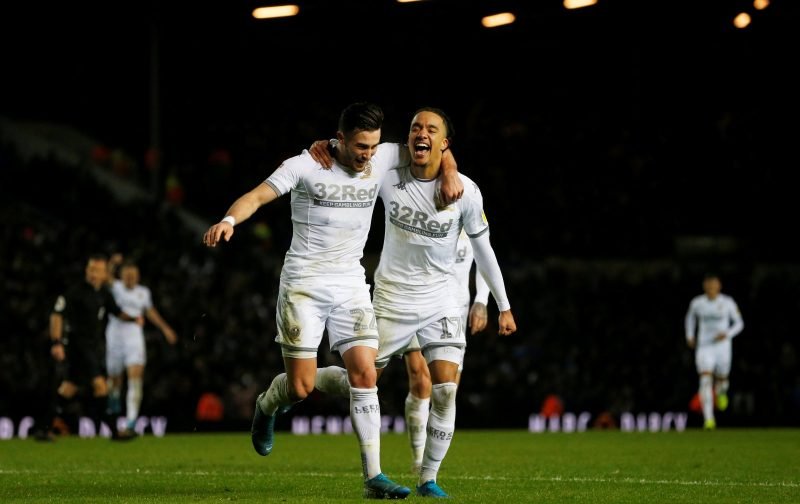 A few Leeds United fans have been reacting on social media after the club shared a clip of Helder Costa’s 67th-minute strike from our 4-0 win over Middlesbrough.

Costa found the back of the net midway through the second-half to put further distance between Jonathan Woodgate’s Riverside natives and us, after earlier efforts from Patrick Bamford and Mateusz Klich.

Costa’s strike was the Portuguese winger’s second goal for the club since his summer arrival on loan from Wolverhampton Wanderers, having previously opened his United account at Stoke City in the Carabao Cup, when the 25-year-old fired home the equaliser before we lost on penalties.

Thankfully we did not go on to lose on Saturday after Costa found the net, as the result moved us atop of the Championship standings, albeit with West Bromwich Albion playing Preston North End on Monday night.

A few Leeds fans have been reacting to Costa’s effort from the weekend by suggesting that boss Marcelo Bielsa should ask the players to test their luck more often, rather than almost trying to walk the ball in.

Costa hit his first league goal for the Whites with a powerful left-footed effort into the top corner, after the one-time Portugal international waited for the ball to roll across his body having ricocheted off Patrick McNair and back into his path.

The 25-year-old could have played the ball on to Jack Harrison had he not sought to try his luck from the edge of the area, as the Manchester City loanee was running through on the left-wing before Costa took his shot.

No, trust the boss

Great to see an absolute thunderbollock from him, finally.

Great goal but was bamford trying to put it in back of net afterwards as he skyed it!

This is what happens when we have a go instead of trying to walk it in.
He didn’t try and take it further just hit it.
Ayling got close by having a go yesterday, klich scored.
It’s great to see.