Lots of Leeds United fans have been reacting on social media after the Yorkshire Evening Post’s Graham Smyth reflected on a number of players who once trialled for the club.

United had a weekend off thanks to the coronavirus outbreak, which means we will have to wait until, at least, April 3 before being able to see Marcelo Bielsa and his men in action at Elland Road again.

Bielsa has called on 25 players to at least feature for a single minute in the Championship this season, ranging from the most-heavily relied on duo of Ben White and Stuart Dallas to rarely-seen prospects Pascal Struijk and Oliver Casey.

As Smyth points out, plenty of players have come to West Yorkshire before in their search of regular action, but a lot have failed to make the grade, as well.

Should Bielsa favour a bigger squad? 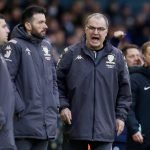 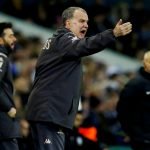 Many of those given trials at the club’s facilities failed to even earn a first-team appearance, while the likes of Faouzi Rouissi, Alan Morkore, Kazimierz Wgrzyn and Nuno Santos were all forced to move on to find their homes.

Can’t say much slipped through the net there!!

Didn’t Kevin Pressman once ? David Livermore was a transfer albeit a strange one , did we once loan a GK from Spurs who never played under SG ?

Brilliant but missed out so many classics

I certainly remember Nuno. In the days before internet everywhere and mobile phones, he had me emailing his brother every week when he first joined, letting him (& his family) know he was doing ok. I never could figure out why he didn’t just ring, but there must’ve been a reason.