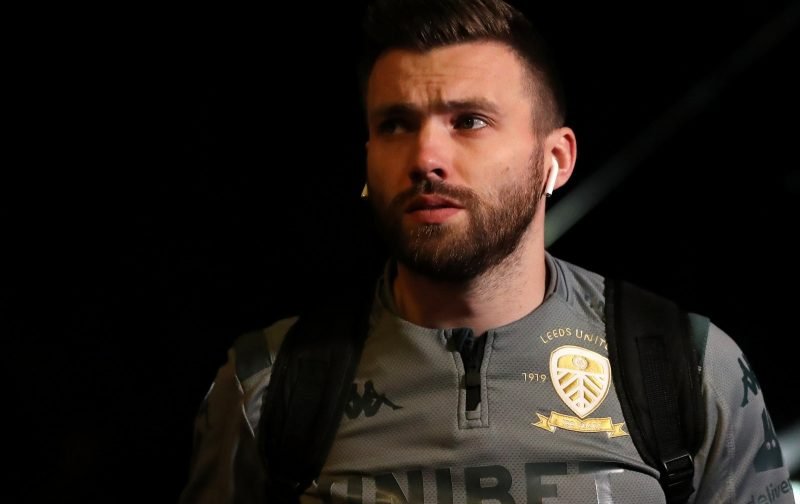 Loads of supporters have flocked to social media to laud Leeds United full-back Stuart Dallas for his message urging the importance of social distancing amid the ongoing coronavirus pandemic.

Prime Minister Boris Johnson has warned that “tougher measures” could be imposed should the public continue to ignore his pleas to take the government’s advice seriously, as the UK continues to try and get a grip on the crisis.

The Health Secretary Matt Hancock has also claimed those who have ignored the advice are “very selfish” after large gatherings occurred throughout the country over the weekend, which puts not only themselves at risk but can extend the time of the virus spreading.

Dallas has become one of the latest to urge the public to take the government’s advice on board and to take it seriously, with the £2.7million-rated ace using his personal Twitter account as a medium to get his message across.

“We are reaching a critical part with this virus, we need to help the NHS fight against it,” Dallas said. “I’ve seen reports of young people gathering as if it is school holidays. It’s not. I’ve seen reports again of them going to house parties.

Everybody can play their part #FightBack pic.twitter.com/0E5uHuJ3v7

“It’s not social distancing. It needs to stop. We need to sacrifice the next few months and if we do that all together we’ll save lives. The next time you think about going to a house party or going to meet friends, stop and take a think.

“Look at your parents and grandparents. This will affect them. It will affect you. It’ll affect beyond your family, so we’re asking you to please stay at home. Listen to the experts. The message is clear. Stay at home, wash your hands regularly and keep your distance.”

It is recommended that the public stays two-metres apart from one another and should stay at home if possible, while airports and non-essential stores could be forced to close. The government could also look to introduce fines on those who ignore the latest coronavirus advice, while police would be able to force those with symptoms to isolate.

Letters are even being sent to 1.5million UK households this week strongly advising those most at risk not to go out for the next 12 weeks, after cases on Sunday rose to 5,683 with 281 casualties.

Dallas’ post has earned a wealth of reactions from supporters lauding him for his comments, while former Whites defender Pontus Jansson also replied.

Spot on. Hope you & the family are keeping safe

Shout out to the baby yoda chair in the background.

Sadly some of them think it’s some kind of joke & arent bothered whether it affects their parents, grandad, grandmas etc. Its sad, it really is.

You guys can make a MASSIVE DIFFERENCE in getting the younger generation to hopefully take a bit more notice.

Not only have you shown your versatility on a football pitch this season you can now chip in with PM, health secretary and NHS Spokesman. I just hope people will listen to you Stuart because there is a lot of stupidity going on across GB.

Well said! And by the sounds of it, your washings almost done 😂