“All gear no idea”, “Couldn’t cross his fingers” – So many Leeds fans bemoan £15k-p/w man after win 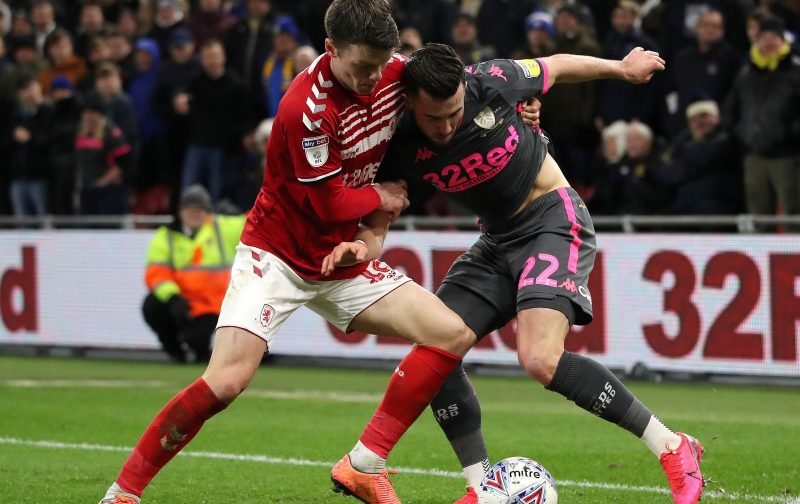 Many Leeds United fans have been using social media to tear into Jack Harrison for his performance against Middlesbrough in Wednesday’s night’s 1-0 win.

Boss Marcelo Bielsa fielded the Manchester City loanee in the opening line-up at the Riverside Stadium, as the Argentine continued to place his relentless faith in the 23-year-old who has started all 35 of our Championship games to date.

Harrison has failed to repay Bielsa’s backing with a league goal since netting in our 5-4 win over Birmingham City on December 29, which remains his only strike over his last 17 second-tier outings. He has also failed to assist a league goal since the St. Andrew’s clash, to boast a total goal involvement of 11 for the league term (five scored, six assisted).

The former England U21 international had plenty of opportunities to end his drought against Middlesbrough having been highly involved in the action at the Riverside Stadium, but only connected with a teammate with one of his eleven attempted crosses, per Sofa Score.

How do you rate Harrison's performance vs Boro? 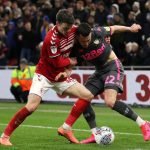 Harrison also created just the one key pass away to Boro, despite taking 75 touches, making 28 accurate passes (70%), finding teammates with two of his three long balls, making four successful dribbles from five attempts, taking one shot on target (50%) and winning eight of his 16 ground duels.

The £15,000-per-week winger also lost possession a game-high 30 times, was caught offside once and was dribbled past five times to two successful tackles.

Doesnt pass when he should do

He gets a chance to put the ball in, stops, pushes it back out to whip it in, hits defender, we win corner, we don’t score. Repeat for Costa. They need to put more crosses in and just play the simple ball sometimes.

I would love to see him take players on in the box, he does it everywhere else but gets to the edge of the box and just crosses the ball straight at them or hits a defender, frustrating

Are you mad? Yes he can dribble and has had some good games but what does he create? If he decided to deliver half the time rather than chopping he would be one hell of a player. You can see his team mates getting annoyed at the amount of touches he has.

Lol I was there and seen it first hand . Cant get the ball in the box he was shocking .. all gear no idea

The only thing that let’s him down is his decision making, apart from that he’s class and will get better.

It’s literally that final ball/that final decision. Often does so well then slows it right down and doesn’t put a ball in but looks for a full back cut back or overlap. That’s the only frustration now

I find it strange watching him. He rarely seems to lose the ball, but he also never seems to go past a man. So many opportunities to drive into the box, he should have far more shooting chances than he gets. Suspect he will get better again next year though.

In other Leeds United news, the club are closely monitoring a 14-goal midfielder with a view to a summer move.