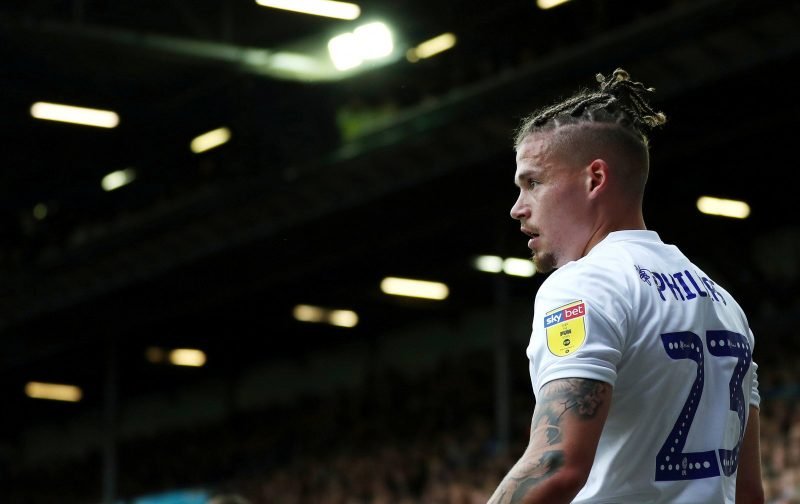 Phillips returned to the starting line-up at Griffin Park having served his three-match suspension for the red card issued against Queens Park Rangers last month, allowing the 24-year-old to regain his status as a mainstay of Marcelo Bielsa’s plans.

The boss has only been without the defensive midfielder four times this league season, with each occasion coming as a result of a suspension, and Bielsa would have been glad to see Phillips back at Brentford after the performance he put in.

Phillips, nor Bielsa’s tactics, could conjure a win on the road, though, and the result allowed Fulham the chance to move second in the second-tier standings with a win over Millwall on Wednesday.

But the Cottagers failed to do so and drew with the Lions, leaving the South West London outfit level on points with the Whites heading into matchday 33 of the campaign.

Phillips has now issued a battle cry for his United teammates ahead of facing Bristol City at Elland Road this Saturday, demanding that we let our performances do the talking and that Leeds fear no side.

“The team showed desire, grit, and determination to come back [against Brentford],” Phillips told the club’s official website. “We were on top at the start and then all throughout, I’m very proud of the lads who put in a good performance.

Do you feel the first-team are playing with fear?

“We were never going to come here and lie down, although many people thought we would have done. We had a lot of comments from the Brentford fans and the Brentford manager, saying that we were fearing them, but we never fear a team going into a game, and I think it showed today.

“We are a very good footballing side and with the way they play, I think we put a lot of pressure on them. We let them talk before the game, and let our performance shut them up.”

Love the last line, let them talk and performance shut them up

Let’s go unbeaten to the end of the season and sure promotion! Payday for everyone then

Let’s take the same mentality into the rest of the season. One ridiculous mistake cost us all 3 points last night. Let’s start destroying teams like we know we can. Not a better footballing team in this division than us. Let’s Stamp our authority all over it. Destroy Bristol next

That’s because when we play like last night no-one can touch us. Our biggest enemy is ourself, get over that and we will not only get promoted but win this League!

@BrentfordFC – you understand this now?