The praise for Mateusz Klich just keeps on coming, with many Leeds United fans now taking to social media after Marcelo Bielsa noted the distance that the Poland midfielder has been running each game this season.

Fans were lauding Klich earlier in the week for his second-half display at home to Reading, with supporters left in awe of the way the 29-year-old took control of proceedings after the break last Saturday.

Bielsa had named Klich in the starting line-up against the Royals, for what was the 23-cap star’s 81st-straight inclusion in one of our opening XIs for a Championship game.

The boss has never submitted a starting line-up for a Championship game that does not feature Klich’s name, and it is no wonder when he covers so much ground each and every week and has such an influence on proceedings as he did against Reading.

“He is running close to around 12 kilometres [a game],” Bielsa told reporters, via quotes by the Yorkshire Evening Post. “One kilometre of those 12km are from high-intensity sprints.”

Could Bielsa's system work without Klich? 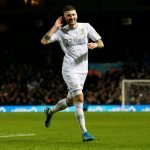 Bielsa will likely name Klich in the starting line-up again on Wednesday night when we face Middlesbrough, looking to move back to within four points of league-leaders West Bromwich Albion after the Baggies beat Preston 2-0 on Tuesday night.

That is absolutely outstanding. Really doesn’t get the credit he deserves https://t.co/gp9q3OEKGr

I’ve give him a bit of stick recently but thankfully I know nothing!! Well played sir

That is elite level endurance

What about everyone else, everyone runs alot and works hard, not just klich?