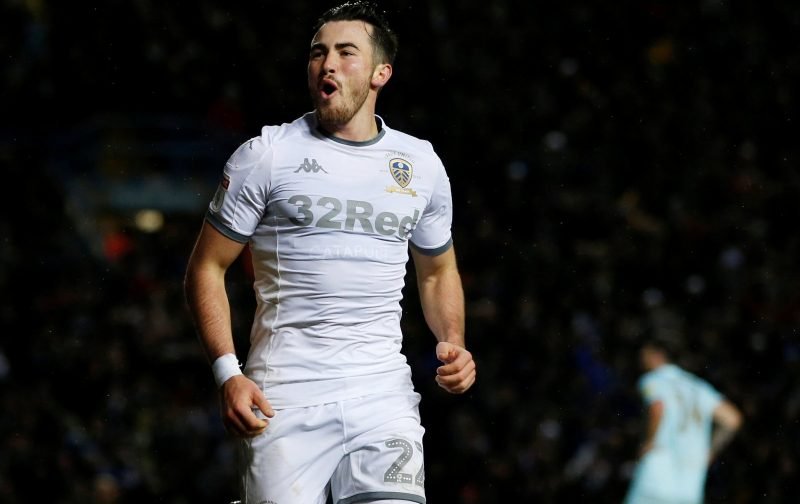 Harrison returned for a second season at Elland Road last summer, having initially gone back to the Etihad Stadium after scoring four and assisting three goals in 37 Championship regular term outings.

His second campaign in West Yorkshire has often been nothing short of sensational with five goals and a team-high seven assists after 37 appearances, of which all have come in the starting line-up.

It is no surprise that boss Marcelo Bielsa so often looks fondly at the 23-year-old, as the highlight reel circulating social media shows the Stoke-on-Trent-born winger’s insane ball control, which one fan has claimed is “on par” with FC Barcelona great and Brazil’s samba King Ronaldinho.

Other supporters have suggested Harrison’s first touch is “world-class” and that his teammates intentionally send him “unreasonable” passes, just to see if he can bring them down without losing possession.

Harrison has lost possession 97 times through unsuccessful touches over his 37 league outings this term, which WhoScored data shows as being the most by any United player.

However, former Arsenal loanee Eddie Nketiah (4.5 times) and Helder Costa (3.3) lost or lose the ball more often per 90 minutes than the City-owned wide man (2.8) we hold an £8million option to buy clause for.

His first touch is world class

Been saying it all season.. we now think the team send him totally unreasonable balls just to see if he can control them

Don’t think there is better in our league

Once this guys final ball improves he’s going to be world class what a player this season so far, bargain if we get him for 8 million

Unreal. This lad could get the corona virus under control

I’d jump out of a plane with no parachute if I knew @Harrison_Jack11 ‘s left foot was going to bring me down!

You’d let him date your daughter with a touch like that.