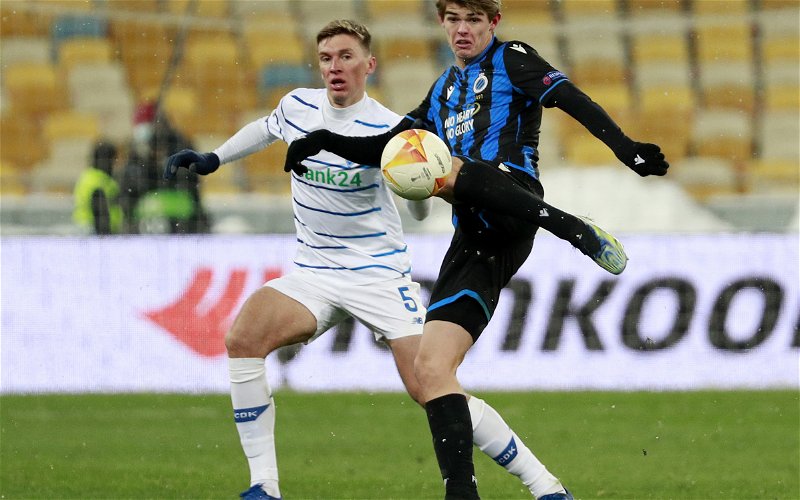 Leeds have turned their attention to young Belgium Forward Charles De Ketelaere according to Fabrizio Romano via twitter.

The Whites are in need of attacking options and the 21 year old looks to be on the radar. He is a Belgium International with 8 full caps and many more at youth level.  He has 90 appearances for Club Brugge scoring 19 goals.

It is reported that AC Milan are also interested in the attacker, but it looks like Leeds are keen on the youngster and will make a move if Raphinha were to exit Elland Road

Attacking options were limited last season with Patrick Bamford out for the majority of the campaign.  Leeds experimented with Dan James in that role but it was clear to see it didn’t really work.  Joe Gelhardt put in some great performances when called upon, but they need an out and out goal scorer.

Excl: Leeds are monitoring Bruges star Charles De Ketelaere as one of the options in the list, as Raphinha could leave for £65m. AC Milan are also interested in De Ketelaere since long time, part of the list. ⚪️🇧🇪 #LUFC

Could this move for Charles De Ketelaere be more of a sign that Leeds will adopt the 4-2-2-2 formation widely used by the Red Bull network and the favourable option for Jesse Marsch?  It is well know this system doesn’t rely on wingers like the Marcelo Bielsa 4-1-4-1 system as it is very narrow, pressing through the middle.  It also isn’t possession based and more of a direct style of play.

If Leeds are to play this way it will require two forwards linking up with each other and De Ketelaere looks like a good partner for either Bamford or Gelhardt.  The Whites also have Rodrigo, Sam Greenwood and Tyler Roberts as options in the final third.

It looks to be an entertaining transfer window for Leeds and they have been very active, bringing in three players already.  They also look to be strengthening in the key areas that caused them to struggle last term.  Could De Ketelaere be the fourth, and give the coach some great options up top?

Up Next: Leeds have more chance of signing £26m star