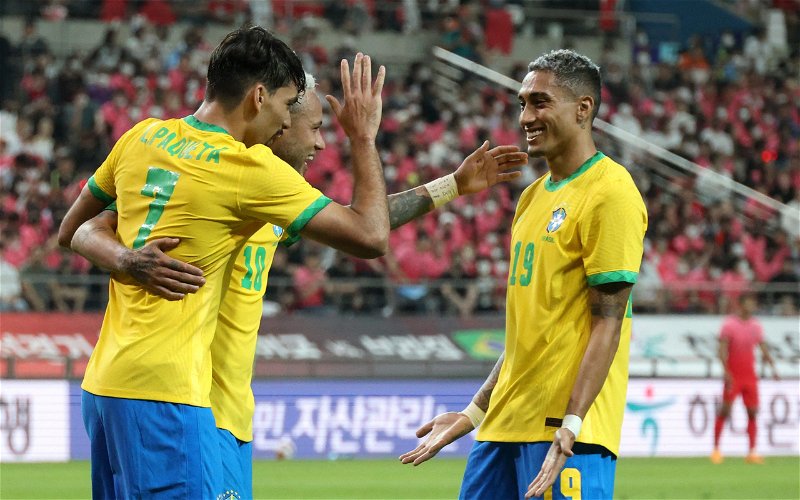 Arsenal have scheduled a meeting with Leeds to discuss the deal for Raphinha, according to Fabrizio Romano via Twitter.

After spending around €52m on Gabriel Jesus, and having a bid rejected for Raphinha, it started to look like Arsenal would be pulling out of any deal for the Leeds winger, but now they have scheduled a meeting with Leeds representatives to discuss the deal further, it appears they are very much still in the race for his signature.

Raphinha had his heart set on Barcelona, but with their money problems it seems unlikely he will make the switch to the Spanish giants.  It had been widely reported that Arsenal were the front runners, with Tottenham Hotspur and Chelsea also said to still be keen on the talented winger.

Leeds have stood firm on their valuation, believed to be around £65m, and with the 25 year old still having 2 years on his contract means the fee could easily reach that level.  It was rumoured that Arsenal had a bid of around £35m rejected, which confirmed the West Yorkshire club are reluctant to let him leave on the cheap.

Leeds have been very active already in the transfer market bringing in three players in the space of a few weeks.  It was clear they desperately needed the squad fattening up with good players for their starting eleven and also for a healthier bench with five substitutes being allowed this season.

It still isn’t clear where Raphinha will be at the start of the season, and it sort of feels like the board are waiting to see what develops with him before they can carry on building the squad.

In case you missed it, Leeds eying up superb winger