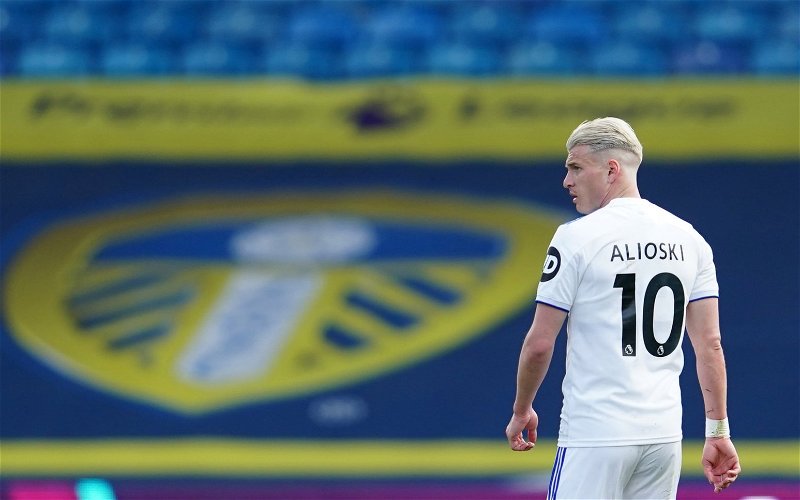 Former Leeds United starter Gjanni Alioski is set to sign for Turkish outfit Galatasary after leaving the club as a free agent.

The end of the 2020/21 season was an emotional one for us fans, as we said goodbye to two modern-day legends of the club in Pablo Hernandez and Gaetano Berardi.

Marcelo Bielsa’s team that finally brought us back home to the Premier League will be remembered forever for what they achieved and the manner in which they got over the line, and rightly so.

So, the final game of last season against West Brom gave 8,000 lucky Leeds fans (with myself included) the chance to give Hernandez and Berardi a fitting send-off at Elland Road for all of their efforts since they joined in 2014 and 2016 respectively.

Lurking on the periphery of the farewells was Gjanni Alioski, whose contract was expiring and all signs were pointing towards him leaving the club. That has now been confirmed by the club and now he’s a free agent on the hunt for a new club.

Reports earlier in the season linked him with a controversial move to Galatasaray, and the reception from fans was as you’d expect: not at all pretty.

So, as he searches for his new club, Fabrizio Romano has relayed reports from Turkey claiming that the North Macedonian is set to join Galatasaray on a free transfer.

I, like many fans, were hoping that he wouldn’t be going through with this move because it’s just another reminder of the atrocities that happened 21 years ago. It’s not Alioski’s cross to bear as a player who’s come through Leeds midway through his career with no affiliation otherwise, but it’s a kick in the teeth to those who were there that night or feel more of a connection to the events than he does.

As legacy goes, Alioski was never on the same standing as Berardi or Hernandez. However, to move away from Leeds directly to them is something that many simply won’t forgive him for and that has tarnished (if not eliminated) all of his achievements here as a player.

As a character and professional, he deserves to go onto good things for the rest of his career, but this is a move that won’t sit right with the vast majority of fans. At the bare minimum, he’ll be forgotten about regardless of what he’s done for us.

The benefit for us now is that we’ve replaced him very swiftly with a player that looks the real deal in Junior Firpo. That should be our focus now.