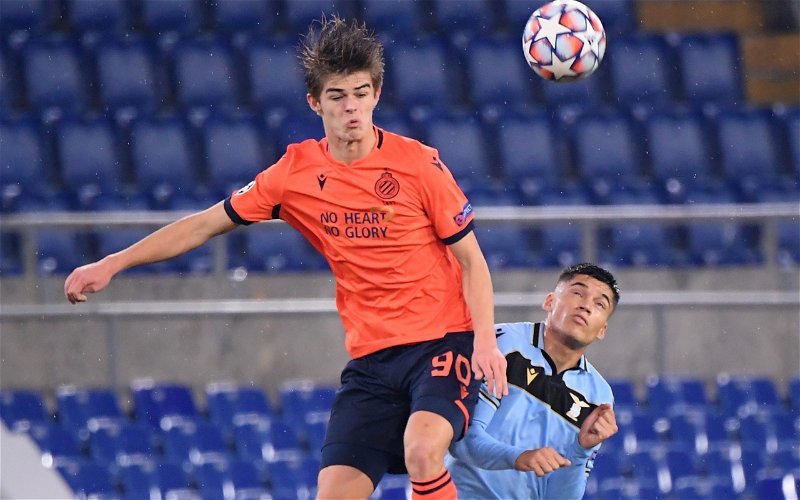 Leeds united are lining up a move for highly rated Club Brugge and Belgium International forward Charles De Ketelaere according to Ekrem Konur via Twitter.

The Whites are also willing to pay €40m which will break their transfer record of £27m they paid Valencia for Rodrigo when the club returned to the top flight two seasons ago.  De Ketelaere would be Jessie Marsch’ fourth signing since the season ended in May and would give him more attacking options at his disposal to add to Patrick Bamford, Joe Gelhardt, Sam Greenwood and Tyler Roberts.

So who is Charled De Ketelaere?

He is a 21 year old attacker who plays for Belgian first Division side Club Brugge and the Belgian National team.  He joined Club Brugge at the age of seven and made his full debut in September 2019.  Just a month later he made his Champions League debut against Paris Saint-Germain in which he played 57 minutes of an eventual 5-0 loss.  He was called up to the Belgian national team in November 2020 and made his debut against Switzerland.

He has racked up 90 appearances for Club Brugge. scoring 19 goals.  He has 8 Caps for Belgium scoring once, which came in a 2-1 loss to Italy in the Nations League third place Playoff.

He is a very versatile player, who can play anywhere in a front three.  He has a great touch and excellent hold up play.  He is 6″3 which also makes him a serious threat in the air and at set pieces.  He has played against some of the biggest clubs in European football including Manchester City and PSG, and he hasn’t looked out of place.

This would be a real coup if Leeds can pull this deal off, and a clear signal of intent of where they want to be in the next few seasons.