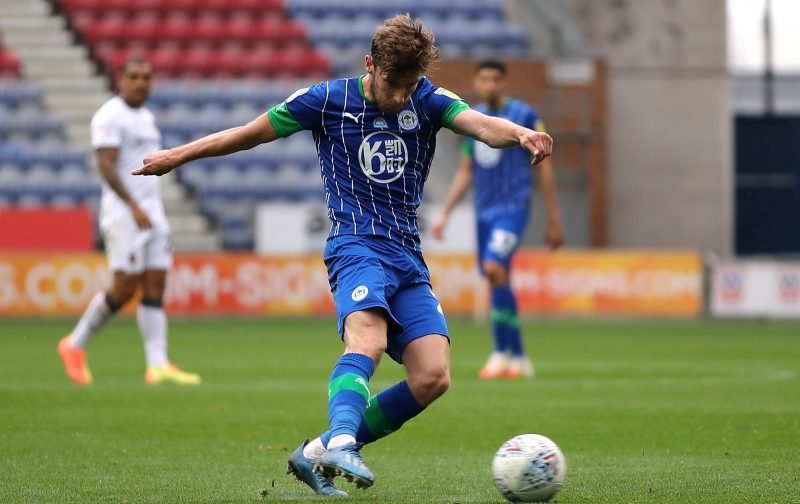 With the 2020 summer transfer window now several weeks old, it is little surprise to see as many names as there are being linked with a move to Elland Road and Leeds United.

Having been away from the Premier League for so long, the return of a club the size of Leeds, and with a manager with the profile of Marcelo Bielsa, was always going to attract plenty of attention, and that perhaps inevitably, was going to translate into every football fan’s favourite type of speculation: transfer rumours.

But for all the high profile players from any number of high profile clubs have been linked with a switch to Yorkshire over this summer, there is one name that has emerged recently, with the potential fly under the radar as a rather useful piece of business for the Whites.

It has recently been reported that Leeds are battling with West Brom for the signing of central midfielder Joe Williams, who was agonisingly relegated out of the Championship with Wigan following their 12 point deduction for entering administration, and that is something that Leeds could now benefit from.

With Wigan reportedly willing to let Williams go for just £1.5million as they scramble for much-needed funds to keep the club going, this is a move that would be easily affordable for Leeds, following the financial windfall they are set to receive from winning promotion back to the Premier League.

As a result, you feel that completing this deal is something that Leeds could be well advised to look into, not least due to the problem it would solve for them on the cheap.

Given the impact and contribution he has had on the club from the centre of midfield over the past few years, it is hard to see anyone other than Kalvin Phillips being Leeds’ first choice to take up position in the centre of the park when the Premier League campaign gets underway in less than a month’s time.

However, that does not mean that Leeds will not have to be prepared to cope without Phillips from time to time over the course of the coming campaign and beyond.

Indeed, the 24-year-old missed no fewer than nine league games across the course of the Championship campaign last season, and it was noticeable that Bielsa’s side seemed to find themselves struggling more in those encounters.

This time around, with the challenges of the Premier League even greater, and the possibility of Ben White not being there to step in this time around – and Adam Forshaw’s own fitness not entirely dependable – the absence of Phillips could be even more keenly felt.

As a result, the acquisition of Williams on the relatively cheap would surely be a smart one for Leeds.

With the expectation being that Phillips will start when fit and available next season, it doesn’t make sense for them to break the bank on an alternative for those times when he is absent, but at the same time, they need someone reliable enough to do the job when he is absent.

In Williams, they have someone who fits both those specifications, with the midfielder consistently demonstrating his influence in the centre of the park for the Latics last season, with his desire to both win and retain possession helping make him a key asset for Paul Cook’s side.

Indeed, having only joined Wigan from Everton last summer, Williams certainly has the potential to be a Premier League player, and he will no doubt be desperate to take that opportunity should it emerge.

It seems therefore, as though Williams could be just the man that Leeds need to help them address an issue that likely needs solving, without distracting overly from ones that need greater attention, such as a replacement for the aforementioned White in the centre of defence, or an alternative to Patrick Bamford upfront, meaning that if this happens, Wigan’s financial pain, could soon be Leeds’ footballing gain.