Debate: Something has to give between the players and fans to end the negativity at Elland Road

It looks like it’s not just Leeds United fans that are starting to get worried when it comes to the club’s promotion chances.

Those concerns are even starting to make their way into the mind of those who really don’t have any business with the team, unless of course you count his relationship with former striker Eddie Nketiah.

Former Arsenal striker Ian Wright was speaking on BBC Radio 5 Live’s Monday Night Club last night, and on there he spoke about the struggles that the team are going through right now and he put the onus squarely on the fans to try and change things, saying that they need to start being more positive rather than ‘toxic’:

“Yes, the play up to the point of finishing is brilliant and yes it’s blatantly obvious that they do need a striker, but at the same time, this is the time for Leeds fans, you have got to be more supportive of those guys. They are feeling it from you as well. They have got to start channelling some positivity into the guys. Otherwise, it’s going to happen [slip-up towards the end of the campaign]. Yes, they’re nervous but they’re not positive. They’re not positive! They need to stop being so toxic towards them.”

This kind of puts us in a chicken and egg situation here when it comes to the team and the players.

Marcelo Bielsa spoke after the loss to QPR about how the players needed to start upping their game in order to get the fans back on their side as a way to stop the criticism that is being aimed at his team in recent weeks, comments which I believe will put pressure on the players, which could lead to more negativity from the supporters.

Ideally you want both facets to work together, but something is clearly going to have to make the first move.

Who needs to 'up their game' first 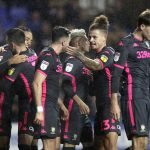 Where do you stand on this argument? Do you think that it’s up to the fans to lift the players, or should it be up to the players on the pitch to give the fans something to cheer about?