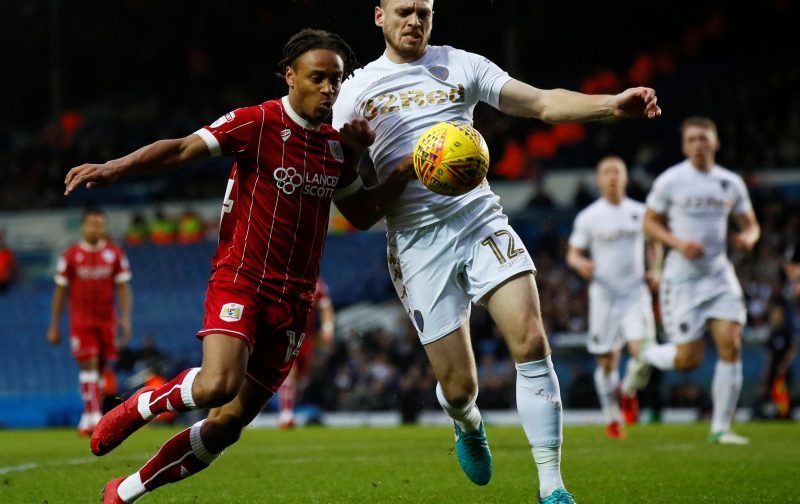 Some Leeds United fans have been reacting on social media, after it was confirmed that Laurens De Bock has joined Ado Den Haag on a loan-to-buy deal.

The Dutch side announced the move on Monday, and revealed that the agreement for De Bock to join Alan Pardew’s side for the remainder of the term also includes an option to buy the left-back in the summer for an undisclosed fee.

De Bock had spent the opening half of the season on loan in League One with Sunderland but struggled to establish himself at the Stadium of Light, having made just four starts in five third-tier appearances from a possible 17.

He also started the Black Cats’ FA Cup First Round draw and replay defeat to Gillingham in November alongside EFL Trophy outings, but returned to Elland Road ahead of the January window to secure a move elsewhere.

The uncapped Belgium international is joining a relegation fight in the Eredivisie by agreeing to move to ADO Den Haag on loan, with the Storks currently three points from safety and with one win in their last 13 league games.

Will De Bock be back at Elland Road in the summer?

Impressing in Den Haag’s bid for survival should go a long way toward De Bock securing a permanent move away from United, two-and-a-half years on from his £1.5million arrival from Club Brugge.

Not sure what the expression is on De Bock’s face, but it’s hardly one of delight.

He looked good for the first 20 mins of his debut. The less said about his other outings the better

struggled for game time in arguably sunderland’s worst ever squad, not a good look

Can’t wait to see him back here in the summer then. Gets him off the payroll for a few months though

So,
Laurens. De Bock.
Arrived as a hard tackler.
Proved not much cop.
Like the last leaves of Autumn,
Suddenly gone.
Adieu.
But you will always know
You played for Leeds.
And that’s something.

Just feel sorry for him, didn’t even hardly play for us. Careers gone down hill man.

Thought he had joined West Brom then