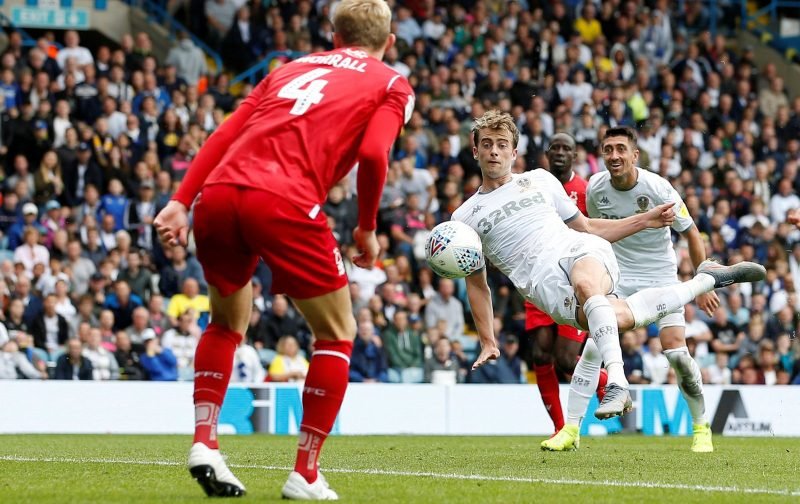 The ex-Whites attacker feels Bamford’s performance against Nottingham Forest at the weekend showed very worrying signs that the 25-year-old is now ‘costing us points’, having missed a great chance to break the deadlock in the second half.

Grantham-born Bamford’s volley from the edge of the six-yard box was somewhat mishit, and the bounce sent the ball floating into the crossbar before the visitors were able to crowd out Jack Harrison and clear possession away from their area.

The effort was one of six fashioned by the former England U21 international against Forest, and came after he opened his account for the season against Bristol City in the curtain-raiser the week before.

But Whelan knows Bamford has the ability to score goals for United and is not worried that the former Middlesbrough man cannot find the back of the net. However, the former Leeds star concedes the new leading forward at Elland Road needs to put to bed the crucial moments.

“I’m not worried in that he can’t finish, [because] he can,” Whelan said.

“I’ve seen many last season where he’s showed great finishes from outside the box, calm and composed in front of goal when he’s got just the goalkeeper to beat. I know he can do it.

“It’s crucial moments in times where in front of goal it’s a lack of concentration, the timing of the volley in the second half. Six, seven yards out; you’ve got to be hitting the back of the net. You’ve just got to.

“Patrick will tell you yourself it’s a chance you’d put away in training, but you’re not in training. He’s now costing us points.”