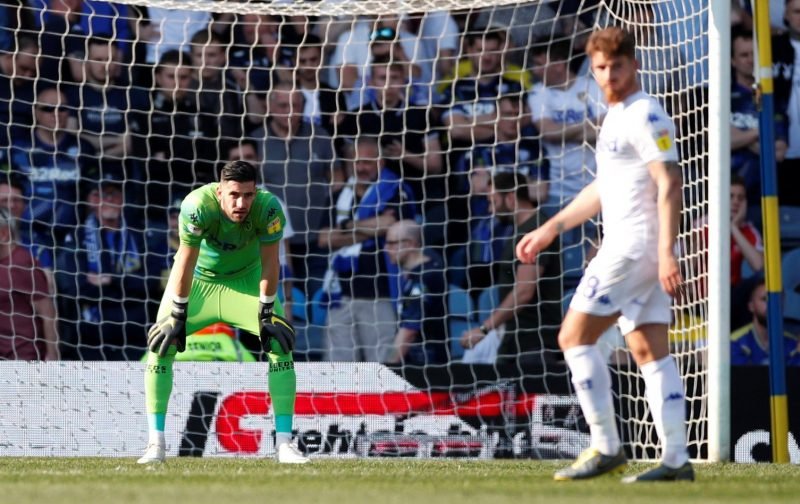 It’s been four weeks since our promotion chasing run came to an end at home to Derby County in the Play-Offs, but, in truth, it was in the regular season where United should have got the job done.

One of the biggest setbacks we faced in our bid to secure top-flight football during the regular 46 game Championship season can be pinpointed as the defeat we suffered at home to Wigan Athletic on Good Friday back in April, coming at a time we could have wrapped up a top-two finish if results elsewhere also fell in our favour.

Despite a resounding effort by Marcelo Bielsa’s men over Easter, it wasn’t to be, unfortunately, and we left ourselves in a situation where the Play-Offs would be our only chance of claiming a Premier League berth for our centenary season.

Leeds fans on Twitter certainly seem to agree that losing at home to Wigan was a ‘season-defining’ moment, and the ‘catastrophic’ defeat to the Latics was hammered home when LUFC Data shared some stats from the game.

All in, we registered 36 shots that day, with 30 chances created, for an expected goals of 3.65 – 2.65 more than we managed, partly thanks to Pablo Hernandez missing his 15th-minute penalty.

Across the squad, the Whites also enjoyed 78 touches in the Wigan box, played 60 crosses and benefited from a one-man advantage for more than 76 minutes, to average a chance created every 17 passes. And yet we lost.

The defeat sparked a torrid run to the final whistle of the 2018/19 season, where we would take just four more points in our final six games to end the term six points behind Premier League-bound Sheffield United and eleven down on Championship winners Norwich City.

So when LUFC Data shared the stellar efforts that led to no points, this is how some of the Elland Road faithful reacted…

Catastrophic defeat in the context of the season. Season defining result.

That was the game that ended our season!!! Still gutted thinking about it ????????

Came over from Ireland for that game . Broke my heart

Felt sick after that match, awful

Brutal. In a must win game. The Damned United kept popping into my head after that match.

I was there, was stunned with the result

I still can’t believe the chance Roofe had to head in from 5 yards, or chest it back to Bamford, but instead he chested it at goal, straight into the keeper’s hands. It was spectacularly awful.

The game that ended our season.

As soon as we went 1 nil up that day everyone, and I mean EVERYONE thought ‘that’s 3 points sorted’ because of our previous record from 1 nil positions all season. All records are there to be broken as we proved time and again last season. #stillgutted