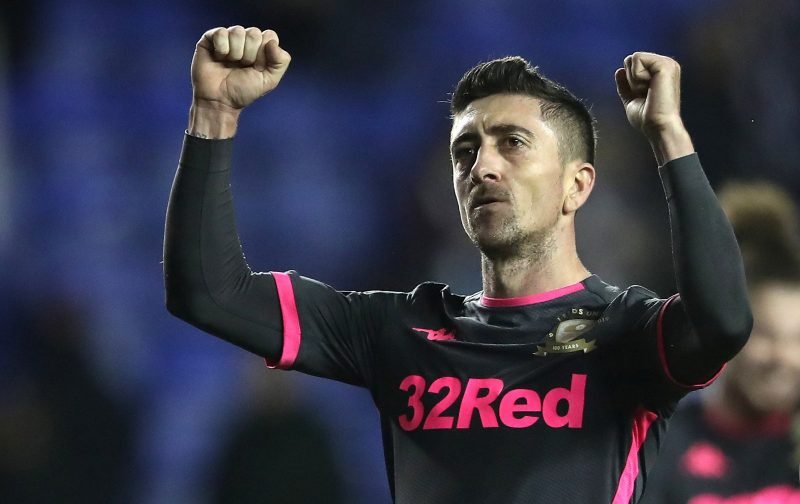 Sky Sports pundit Darren Bent has hailed Pablo Hernandez for his importance to Leeds United, as the Spanish playmaker is capable of producing ‘magic from nothing’.

Hernandez recorded his first assist since August when he created Patrick Bamford’s goal to open the scoring against Middlesbrough on Saturday, having gone seven league appearances without his name on the scoresheet in some capacity.

The £19,000-per-week playmaker is still awaiting his first goal in the Championship since the second week of the campaign, though, having scored in back-to-back matches against Bristol City and Nottingham Forest before beginning what is now an 11-game drought.

Chances have not been at a premium for Hernandez, either, as while the 34-year-old star failed to record a shot on Saturday, he hit three efforts against Reading and Luton Town in our previous league fixtures.

Hernandez has also been a creative force once again this season, even without the rewards to show for it, after registering four key passes at Luton and penned three against Derby County and Barnsley before sitting out six league matches through a collection of muscle and hamstring issues.

He is now firmly back among Marcelo Bielsa’s starters having featured in the opening line-up of our last three games, and Bent is sure of Hernandez’s importance to the club.

Can Bielsa afford to drop Hernandez?

“He is the one player Leeds need whenever possible, as he is capable of that bit of unpredictably that is sometimes required,” Bent told Football Insider.

“He can pull the strings and step up to produce a bit of magic from nothing, and sometimes you need that in difficult games.

“Leeds have a lot of hard-working talented players, but Hernandez can offer something else at times.”

Hernandez has been averaging a key pass every 33.6 minutes across his 13 Championship appearances thus far this season, per WhoScored data, along with a shot every 34.8, attempted dribble every 40.5 and an accurate cross every 243.3.

In other Leeds United news, a former Whites defender has questioned if Bielsa has learnt from his previous errors.