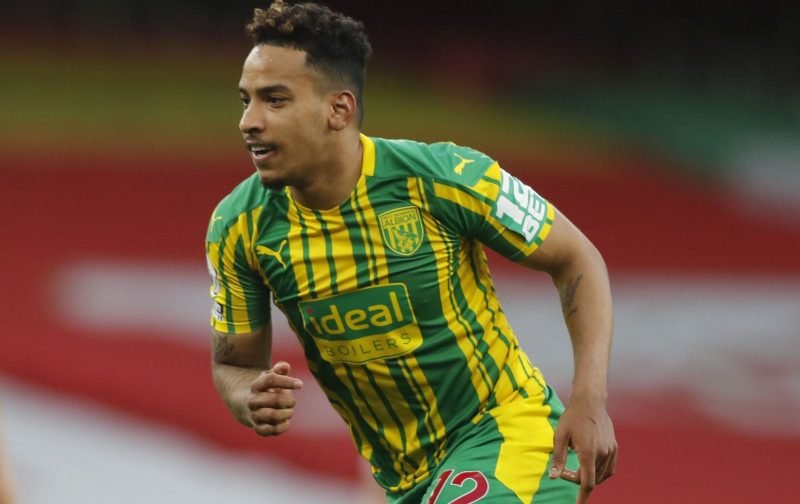 Like sharks circling, every club in the Premier League is lining up a strike for newly relegated West Bromwich Albion’s Matheus Pereira.

With a move back up into the topflight imminent, here is why he would be a perfect fit for Leeds United.

The obvious areas of improvement at Leeds will most likely be coming in two positions Pereira has excelled in during his time in the West Midlands. This being the number eight and number ten position.

In the Baggies promotion campaign, Pereira was far and away their most talented asset – little changed when they entered the Premier League.

At 25 years of age, the Brazilian racked up a seriously impressive eleven goals as part of a largely uninspiring relegation destined outfit. His flair alone has ignited special moments in West Brom games where usually they were devoid.

For Marcelo Bielsa, individuals just won’t do. A player must bring more to the table than a few fancy flicks and a tidy highlight reel at the end of the season. End product and hard work is everything to the Argentinian head coach.

Fortunately enough, Pereira is no stranger to hard work and the pressures of the Premier League. Upon arriving into the topflight for the first time, his initial presence wasn’t as elegant as first imagined.

However, as the season went on, Pereira appeared comfortable at controlling the high intensity battles that the Premier League has to offer.

Promisingly, when applying himself, the 25-year-old has shown he has the ability to pull out some impressive work-rate statistics. Despite being a predominantly attacking force, the Sporting Lisbon academy product is in the top half of players in his position for volume of presses per game, and top 20% for his number of interceptions.

While currently Leeds United are reportedly not following up on their interest in Pereira, there is still plenty of reason for fans to get excited about him.

Powerful driving runs, mesmerising fast feet, vision to pick a key pass, and the ability to pull it off. In modern day football, a specialist number ten is tough to come by. And when you do, they usually don’t come cheap either.

Among reports, Pereira has been valued at £15m – a theft if a club were to pull him away for such a price.

To compare him to Emiliano Buendia who is completing his move to Aston Villa, Buendia’s reported figure is £30m from Norwich City and definitely more in the ballpark you’d expect for West Brom’s starman.

Whether it happens or not, Matheus Pereira is a star in the Black Country and he will no doubt be a prime asset for whoever he signs on the dotted line for next season.