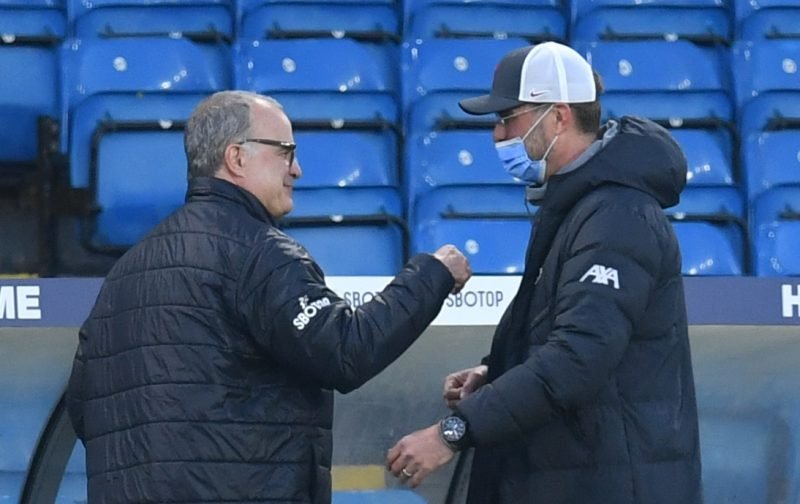 When the season began, Leeds United, the promoted Champions of the EFL Championship had all sorts of accusations thrown at them – despite having not yet step foot on a Premier League pitch for 16 years.

Following the gung-ho thriller of the opening day, Leeds went toe-to-toe with the reigning champions of the topflight, Liverpool. A seven-goal blockbuster that surely could only be admired. Yet, many believed head coach Marcelo Bielsa was naïve in his approach.

Again, calls of naivety surfaced as the Whites played out an enchanting 6-2 loss at Old Trafford. While the result did not fall in Bielsa’s favour, his passion to attack was sure to be respected – but joylessly it was not.

Pundits across the country spoke in the belief that the Argentinian must change his footballing philosophy if he was to keep Leeds United in the Premier League.

Four months on and we’ve just witnessed the Peacocks grind out some preposterous results. Including holding Liverpool, Manchester United, and Chelsea to draws, and securing a rare three points against champions-elect, Manchester City at the Etihad.

While this may appear as though Bielsa has done a full re-think of his once outlandish offensive style of play, it is more likely that he is just adapting to life in charge of a newly promoted club in the hunt for European football.

At the half-time break of the City game, Leeds found themselves down to ten men after captain Liam Cooper was punished for a challenge on Gabriel Jesus. The following 45 minutes was an uncharacteristic defensive masterclass from a side who have conceded as many goals as they have scored this season.

Leeds’ adaptation to not only life in the first division, but also coming up against the so-called European giants of the Premier League, becomes ever more impressive when you take into account the sheer contrast in resources that are available.

Over the course of the last six games in which the Whites have gone unbeaten, they have faced £2.7 billion worth of players and picked up an astonishing 12 points from the possible 18.

It is not a case of changing the footballing philosophy, that for Bielsa will never change, it has simply been a learning curve for the players as individuals.

33 games into their first Premier League season, and the team that was 13th in the Championship before Bielsa arrived at Elland Road, now resides comfortably in mid-table. Ambition is still flowing round LS11 to prove yet another set of doubters wrong and take Leeds United to the heights of English and even into European football.