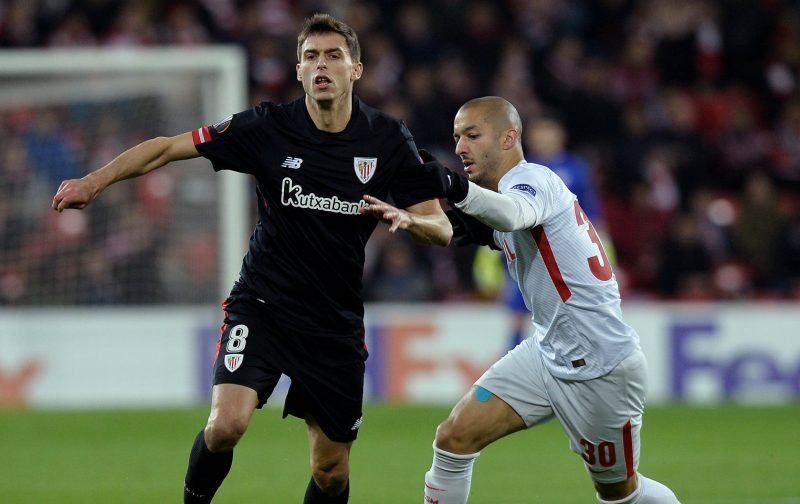 Marcelo Bielsa was already understood to be keen on bringing Ander Iturraspe to Elland Road, and the boss has been gifted a welcome boost as Athletic Bilbao are not planning on re-signing the midfielder, as per OK Diario.

The 30-year-old had played under our head coach while the Argentine was the manager at the Basque club seven years ago, but Iturraspe’s time there now appears to be over.

The Spanish outfit are said to be plotting out the path they will take next season, and are not expected to include Iturraspe or Mikel Rico in their plans so will instead allow the pair to walk away for free when their contracts expire.

If they do allow the 2-cap former international to leave in the summer, it will mark the end of a twenty-year relationship between the two parties, as he had joined the club’s famed academy when he was ten-years-old.

The defensive midfielder has, however, only featured four times for Bilbao this season in all competitions, and has regularly been left out of Gaizka Garitano’s matchday squads, so his release should come as no surprise.

The door is well and truly open for a move to England and a reunion with Bielsa, therefore, and we can make an approach for the 6 foot 1 enforcer at any moment.

Before we do, though, Premier League football has to be secured, as we would otherwise be signing an experienced footballer for the second-tier on what would likely be top-level wages.

The question marks over Bielsa’s future will also put any deal in doubt, with the boss yet to declare whether he will still be in charge beyond the current campaign regardless of what division we are playing in.