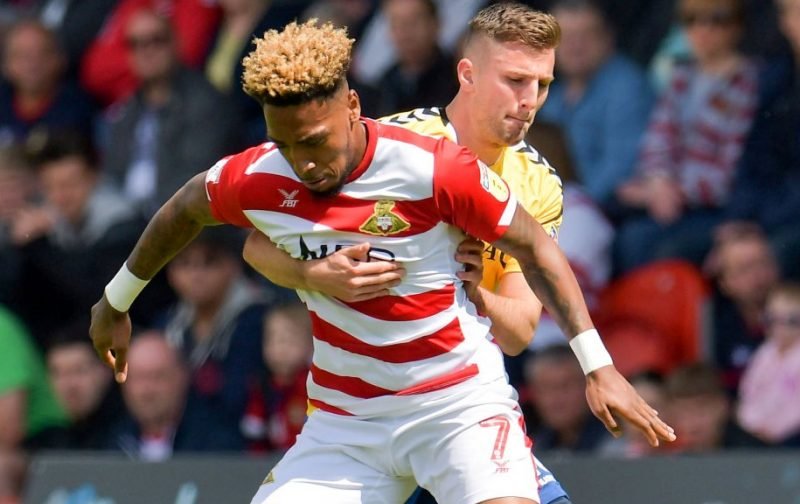 Many Leeds supporters have been reacting on social media after Barnsley boss Daniel Stendel declared his admiration for Whites ace Mallik Wilks, in an interview with BBC Radio Sheffield for their Football Heaven programme.

Speculation has emerged suggesting Stendel will attempt to lure Wilks to the Oakwell stadium this summer, as he prepares the Tykes for life back in the Championship after securing promotion to the second-tier with a top-two finish in League One last term.

Whites product Wilks, meanwhile, was starring at Doncaster Rovers, where his 14 goals and eight assists in the third-tier helped the Keepmoat Stadium natives to the Play-Off Semi-Finals and earned the supporter’s Social Media Player of the Year award.

The 20-year-old enjoying a successful loan spell with Rovers was thought to have convinced Leeds boss Marcelo Bielsa that he is ready to prove himself to the Argentine during our pre-season schedule, but the gaffer is now expected to give Wilks the green light to secure a loan away from Elland Road, even if it is with our Yorkshire rivals.

Aapo Halme could join Wilks at Oakwell next season, too, as the 21-year-old Finland youth international is also a reported target for Stendel.

The German manager, however, only spoke of his admiration for Wilks during his interview with BBC Radio Sheffield, where he even hinted a move could be on the cards.

“I think he is a very good player,” he said. “When I [look] back on last season, I think the games against Doncaster, for me, both the home game and the away game, were difficult games and very close.

“He is one player who played very well against us. He is a good player. We have some good players in our head, and maybe we can sign one or two players that we want.

“We will see in the next [few] weeks what we can do, who we can sign, and which players want to come to Barnsley.”

When Stendel’s words on Wilks were later shared on Twitter, this is how these United fans reacted…

he needs trying in 1st team

IMO what harm could it do to give lad a full pre-season under Bielsa’s guidance & then decide had a top season at Donny MOT.

Watch Barnsley finish above us next season

Good news let’s get him back home. He’s got to be better than Bamford

We need more wingers and he was decent last season, surely he gets a chance to impress first?

We better not let him go out on loan again

amazed if this guy doesn’t get a chance this season. In the three games i saw him live he’s class and at least as good as the current wingers … could do alot worse

We will probably ship him out for free and then replace him with an inexperienced young Premiership winger having to pay a big loan fee ????????‍♂️

Looking increasingly like we’re not even gonna take a look at Wilks?

Not good enough for a team hopefully challenging for promotion

Got to give the lad a chance football wise. Off the field stuff may impact that though.