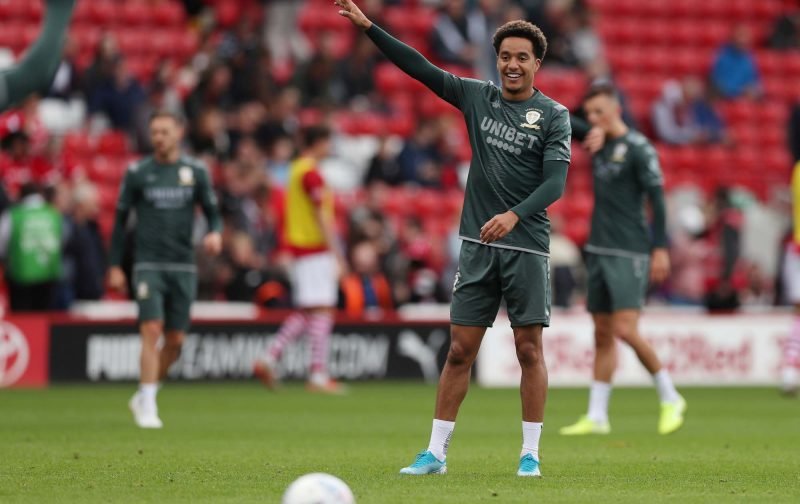 Most Leeds United fans thought we had signed a gem when we brought in Wolverhampton Wanderers winger Helder Costa during the summer transfer window.

The season long loan for the 25-year-old automatically turns permanent next summer for a fee believed to be in the region of £15million all in, and he’s certainly impressed plenty of fans in his brief showings so far – with plenty believing he should be getting more starts under manager Marcelo Bielsa now he’s got his fitness levels up.

The Portuguese midfielder has only made six starts, with eight showings from the bench, and with only one goal and one assist returned so far, there are bags of room for improvement, but he didn’t have his greatest game against Birmingham at the weekend and for some reason, some fans on social media are now concerned that we are already committed to signing him properly next summer.

give the lad a chance ffs .. it’s idiots like you who bring the pressure with your endless negativity .. go learn Marching On Together and understand what it truly means to be #LUFC

Big win. Needed that. Thoroughly deserved despite nervy ending. Have to be more creative/clinical – a second goal kills it.

Saw the difference between Bamford/Nketiah. Bamford far more involved in the play. When Nketiah does get it, looks more dangerous. Costa poor again. #lufc

@WYSdaily An interesting game. It's 3 points, but lack of goals still a massive of concern. Is Nketiah better than Bamford in this system; he seemed quiet. Costa's current form a massive disappointment. It just doesn't seem to be clicking. It's 3 points though #lufc

I'd favour a left side of Douglas with Alioski in front of him over Harrison the lad is so out of form and needs to earn a place in the team. Also nothing from Costa feel we'd get more from Dallas on that side. Can't wait for Hernandez to come back #lufc

Think Barnsley away he had a bigger impact , taking players on in the final third and causing havoc . Was really willing him on today , jury is still out for me . Need more from him .

He will be pal. This will all click and when it does someone gonna get a bumming.

I didn’t think he was that bad against Birmingham, we again saw glimpses of what he’s capable of, but it was one of those games and it was more open than we’d have liked in terms of their chances. I get the argument we should now be seeing more from him, but he needs a proper run of games first surely.