Leeds Live journalist Beren Cross has detailed changes that could happen at Elland Road, should Marcelo Bielsa’s side secure promotion to the Premier League this season.

The Whites have a glorious opportunity of securing top-flight football for the first time since 2004 and find themselves one point ahead of West Bromwich Albion at the top of the Championship table with just five games to play.

Facilities at the famous football ground has received some criticism from Patrick Bamford and Helder Costa who were not impressed with the floodlights during their 1-1 draw against Luton Town.

Does Elland Road need to be redeveloped? 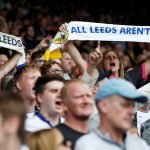 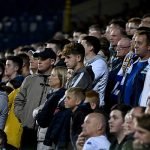 “Thankfully for us in the media, the press facilities would get a complete overhaul if the club was promoted”, he said.

“For the fans, you may not see a great deal immediately change, but as Kinnear has said, if they establish themselves in the top flight, that West Stand needs upgrading and could be taken to a height similar to the East Stand.”

Although these changes are minor, there would be a slight increase in the stadium’s overall capacity due to the raised height of the East and West stands, providing a more suitable arena for Premier League football next season if Leeds make it.

The last major development of the stadium took place in 1994 after the findings from the Taylor Report, with many plans coming and going over the past 15 years.

It will be interesting to see how the stadium will look next season. Not only with Premier League badges on the famous white shirts but with a well-polished Elland Road to host the games.