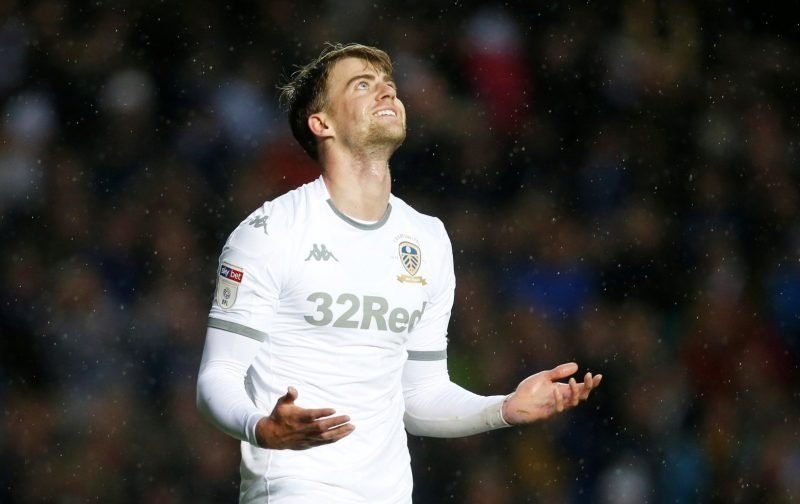 Patrick Bamford has received criticism from large sections of supporters this season over his performances-but ex Leeds striker Noel Whelan has taken a different view.

The former Middlesbrough forward, who was signed from the Teesside outfit last summer, helped Leeds United to a play-off place last season, but has scored just seven times this term, with a run of 10 games without a goal between late August and November.

Whelan says, however, he is highly thought of by his fellow team-mates, attributing his style to his work rate, commitment and desire to win over supporters:

“Patrick has listened to a lot of people who want him out of the side and say he’s not good enough.

“That’s so unfair. I can see the quality he has and so can his teammates and Marcelo Bielsa. The dressing room love him. I go to all of Leeds’ matches and it’s clear why he is starting every game. He brings so much to the team.

“His last three performances have showed his character and how much he wants to play for Leeds.

“This season, he’s got fitter, stronger and contributes to the team in so many different areas. Yes, his finishing can be improved but you can’t question his work rate or enthusiasm.”

Bamford, a product of the Nottingham Forest youth system, has an impressive track record in the Championship and the 26-year-old will be hoping to improve on his recent goal-scoring touch, where he has netted three times in his last four games.

He will be hoping to be the main man to lead Bielsa’s charge up the table, with other forward Eddie Nketiah now back in the mix.