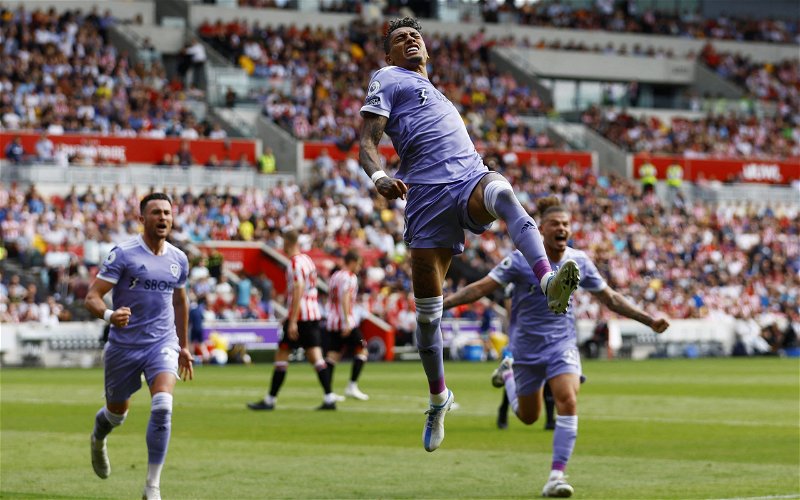 ‘Arsenal have this evening submitted a formal offer to Leeds for Raphinha’ according to The Athletic via David Ornstein on Twitter.

The gunners entered the race for the winger in the last few days and it seems that now they have submitted a bid. It has been reported however, that the bid is below the asking price Leeds have set and it will be ‘rejected out of hand’

As it stands Leeds do not need to sell the Brazil International and can remain firm on their valuation, however they run the risk of having to settle for a lot less in January or next season should he decide to remain at Leeds for the time being.

🚨 EXCL: Arsenal have this evening submitted a formal offer to Leeds for Raphinha. #AFC contacted #LUFC earlier to indicate intention to make bid & that has now landed. Falls well short of #LUFC valuation, expected to be rejected out of hand @TheAthleticUK https://t.co/KUnHHNtFMe

Raphinha has declared his dream move would be to Barcelona, and it seemed that move was inevitable until their money problems surfaced.  It now looks like the Spanish giants need to sell players to fund new additions and while this is beginning to frustrate all involved it looks like Arsenal have made their intentions clear regarding the 25 year old.

It has also been reported that after Barcelona, Chelsea would be an option to the winger, a move that would not only give him chances of silverware but would also include the all important Champions League.  A competition that could be the deciding factor on any choice Raphinha has to make.

It is believed that Leeds are sympathetic to Raphinha’s ambitions and would not be obstructive intentionally in any move he decides to make, but they also have to make sure it is a good deal for all parties involved.  Especially for the Yorkshire club, who must make sure they make as much as possible to fund future players and to find a replacement for the Brazilian.

Where will Raphinha end up? Should he give Leeds one more season to see if they can match his ambitions?