‘Are you planning for League 1?’: Some Leeds fans mock rival club for completed deal 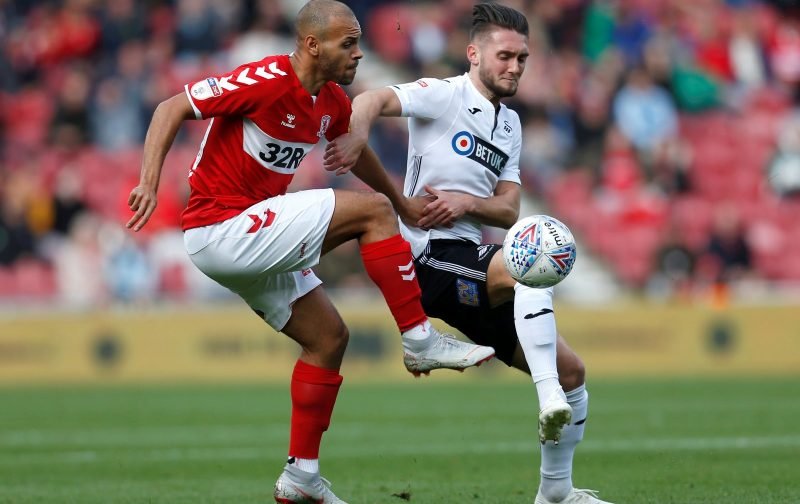 Leeds United are flying high under the guidance of Marcelo Bielsa, returning to the summit of the Championship after last weekend’s victory over Wigan Athletic.

There is still plenty of work for the Peacocks to do if they are to seal a long-awaited return to the Premier League but supporters have been left in a great mood by their side’s performances so far this season.

Their positive spirits have spread across social media, where some fans took the opportunity to mock a rival club after they handed a new deal to a player who previously failed to impress at Elland Road.

Swansea City announced this week that midfielder Matt Grimes has signed an extension to his current contract until 2022, which amused Leeds supporters after his poor loan stint with the club in the 2016-17 season.

Grimes made just seven league appearances during his short stint at Leeds and left a sour taste in the mouths of some supporters, who took to social media to mock their rival counterparts after the new deal was announced.

Are you planning for league 1

Yeah, bet you had to fend off loads of clubs to get that deal over the line.

Did his Mum say it was OK?

One of the worst players I’ve seen at Leeds.. up there with Paul Rachubka!