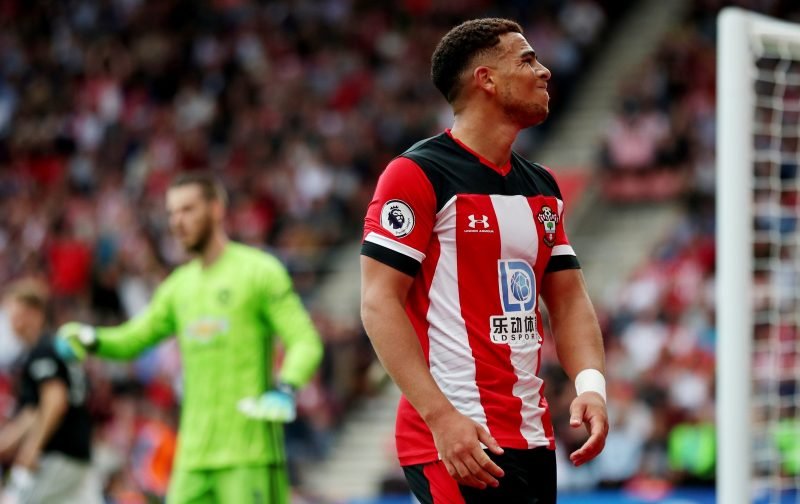 The former England international is a fan of what Adams demonstrated during his time in the Championship with Birmingham City last season, but fears that he could become typecast as a second-tier talent if he were to return so soon after leaving.

Adams scored 22 goals in 46 league matches for Birmingham during the 2018/19 term, but is yet to find the net in any competition for Southampton over his 20 outings to date.

His lack of end product on the south coast was thought to have sparked the Saints board to consider selling Adams this month, though manager Ralph Hasenhuttl has blocked the striker from leaving in what could have been a £10million loan-to-buy deal with Leeds.

United are searching for another striker in the January window as Marcelo Bielsa is adamant that Patrick Bamford needs back-up, but the boss has been dealt a setback in efforts to land Watford’s Andre Gray as club chiefs feel we have been priced out of a loan move.

Adams could have been Bielsa and our saviour, though Bent hopes he stays away from Elland Road and the Championship rather than firing home the goals which could have sealed the Whites’ promotion into the Premier League.

“For Che Adams, I’d hate for him to go back to the Championship so quickly,” Bent told Football Insider. “At least see if you could get an opportunity to turn it around in the Premier League.

Will the club sign a new striker this month?

“If he goes back to the Championship, people may just see him as a Championship player, he needs to stay in the Premier League and keep fighting.

“The moment he goes back to the Championship, people will say he’s not good enough, he’s a Championship player and he may even be put into the same category as Dwight Gayle, and I’d hate that to happen.”

While Bent would hate to see Adams pigeonholed as a second-tier talent, the former England international is well aware that the Premier League takes no prisoners even if a player has the attributes to be a success.

“It’s a strange one because I was convinced he had all the attributes to do well in the Premier League,” Bent added. “He’s strong, he’s powerful, he’s fast and he was brilliant for Birmingham. But for whatever reason, it hasn’t happened.

Adams has averaged 1.9 shots per 90 minutes in the Premier League this season, per WhoScored data, but only 0.3 of those have been on target with 0.9 floating wide, 0.7 blocked and 0.1 striking the post.

The 23-year-old has also averaged 1.1 key balls, showing he offers more to Hasenhuttl than just a goal-getting option, though finding the back of the net is what will establish Adams in the first-team at St. Mary’s or force him to leave in search of regular minutes.