‘Absolutely immense’: These Leeds fans are thrilled with forgotten man 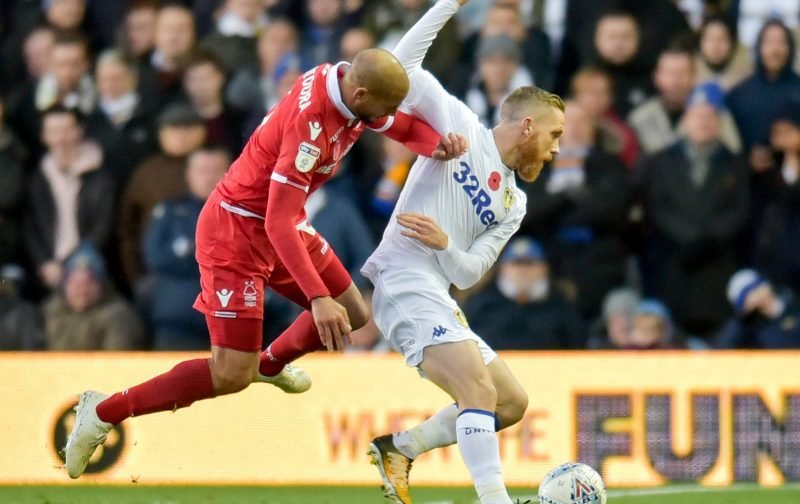 Leeds United were held to a 1-1 draw with Nottingham Forest at the weekend but many fans identified positives from the result.

Rarely-seen midfielder Adam Forshaw was given his opportunity to impress by Marcelo Bielsa and some supporters on social media believe he did exactly that, praising the performance of the 27-year-old and stating he could be in line for more regular opportunities.

Forshaw has made eight appearances in the league so far this season for Leeds but the game against Forest was his first start of the season and he completed ninety minutes, earning a significantly higher portion of time on the field.

Prior to that game, Forshaw’s seven substitute appearances accumulated in 122 minutes on the field but these Leeds fans clearly believe those opportunities are set to increase in the coming weeks after he caught the eye.

Was impressed with Adam Forshaw for Leeds thought he controlled the midfield well, would be hard to leave him out next game #lufc #mot

Forshaw has been immense tonight #lufc

I thought Forshaw was outstanding today, attacked well, picked a few nice passes and broke up play every time he could. Would like to see him get more time but not sure who’s worth sacrificing for that to happen. #LUFC