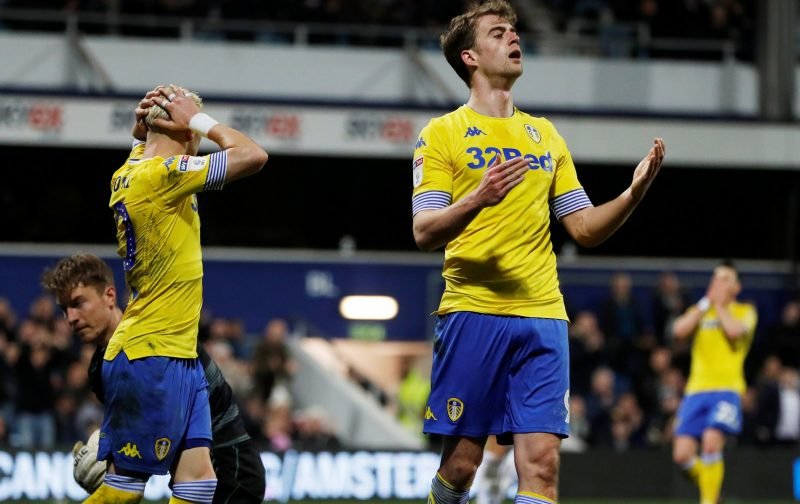 Leeds United fans have been sharing their discontent on social media after the Whites failed to make their game in hand count and return to the top of the Championship.

Had we been able to take all three points at Loftus Road, it would not be Daniel Farke’s men atop the tree, but us, yet alas the Canaries continue to eclipse United by two points.

Sheffield United’s superior goal difference also prevents Marcelo Bielsa’s side from staking a claim to an automatic promotion place after 34 games, which adds greater importance to Friday night’s home clash with West Bromwich Albion, who will be even more keen to do one over us in the race to go up.

If we have any hopes of preventing Darren Moore’s Baggies from claiming the points at Elland Road, we will have to rely on Patrick Bamford finding the target at home like he could not on Tuesday.

The 6-foot striker has become a key part of Bielsa’s side in the absence of Kemar Roofe, but let a supreme chance to draw level go begging when he directed his header downwards into the ‘keeper rather than burying it in the back of the net.

It would have been Bamford’s fourth Championship goal this term, but the 78th-minute chance was not capitalised on, and nor were his other two efforts which came in the first half.

The 25-year-old also only managed to complete 67% of his passes – only Jack Harrison completed fewer for the Whites – and Bamford failed to register a single successful dribble, per WhoScored.

Here’s some of the criticism Bamford found himself victim too, including one fan who claimed Andrea Radrizzani wasted his money when he signed off on his purchase…

Bamford is not a 10 million striker, wasted your money there as well, what has bamford ever done?

Is Bamford in a contest with Morison as to who is the Worst Striker to play for Leeds.

Sharp never got the chances we now create tbf. Bamford better start burying the chances or he’ll start getting stick.

and that’s why Bamford is not in EPL…

Not for me mate. He’s headed it down straight at the keeper as he’s getting up off floor!! There was plenty of open area to nod that in and not give the keeper any chance of making a block. For £10m, you score them…have to.

I don’t get why Bamford heads it down. It’s an open goal!!

I rate him too. I just think the style of football we play dictates that our main striker needs to be quick, strong and hold the ball up, creating space for the wide players. Roofe plays this role well, whereas Bamford is more the poacher IMO.

If Dallas/Bamford and Douglas stick those two massive chances away, we win. Can’t miss those #lufc

Bamford is a fraud of a footballer – utter toilet last night and for most of the season, Boro must have been laughing when we offered to pay them £7m for him