£7.2m-rated attacker rejects Leeds’ initial offer, but could open the door to a move – report 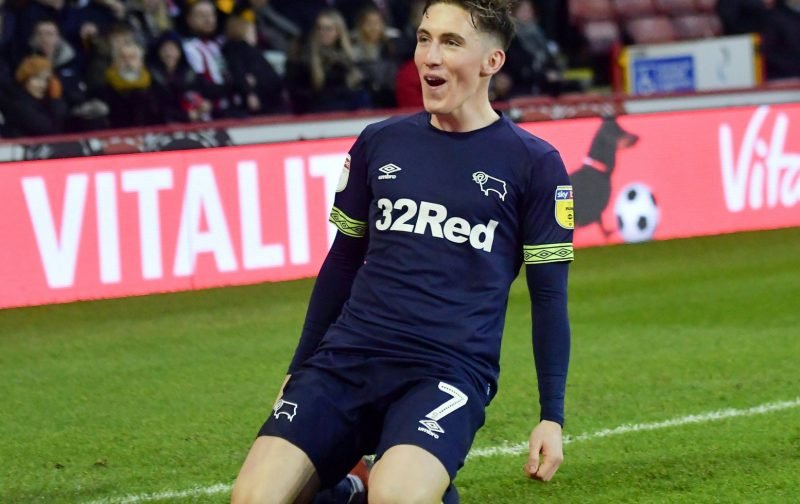 Liverpool-owned winger Harry Wilson has rejected Leeds’ advances to strike a temporary deal to bring the 22-year-old to Elland Road next season, according to Football Insider.

The Reds product is currently being courted by numerous sides from around Europe, including strong interest from the Premier League and Championship, as well as unnamed sides in Spain, Germany and Italy thanks to his involvement in Derby County’s push for promotion during Frank Lampard’s inaugural season at the Rams’ helm.

But while the interest in his services is strong, the feeling is not mutual, as Wilson is keen to either show his worth to the Anfield club he joined as a youth or leave them permanently for pastures new in the summer.

Currently, Jurgen Klopp and his coaching staff on Merseyside are seemingly unconvinced he is ready to make the step up and play a part in their efforts to seal a first Premier League trophy, and could instead push for another year out on loan.

Although if a temporary arrangement does not suit all, they may be willing to cash-in, having already named their asking price for the Wrexham-born winger, who featured predominantly on the right of Lampard’s midfield.

While TransferMarkt value Wilson at £7.2million after he struck 18 goals and assisted six in all competitions for the Rams last season, Liverpool value their academy graduate vastly higher at £25million.

But if Bielsa wants to add Wilson to his options next term, that is the figure Victor Orta and Andrea Radrizzani seemingly must meet, otherwise they risk the Wales international propelling someone else up their respective table.