After recent disappointments, Leeds United manager Marcelo Bielsa saw his side get back to winning ways on Tuesday evening as we welcomed (at the time) table toppers West Bromwich Albion to Elland Road.

With the side looking to make a point, we continued to have the greater chances in the game and Ezgjan Alioski made his effort count in the 38th minute to give us the advantage, but despite having less possession this time around, we defended astutely and kept the clean sheet.

Statistics website Whoscored rated our players well after that clash, but in finding the net, Alioski took their star man award for Man of the Match with a score of 8.40. 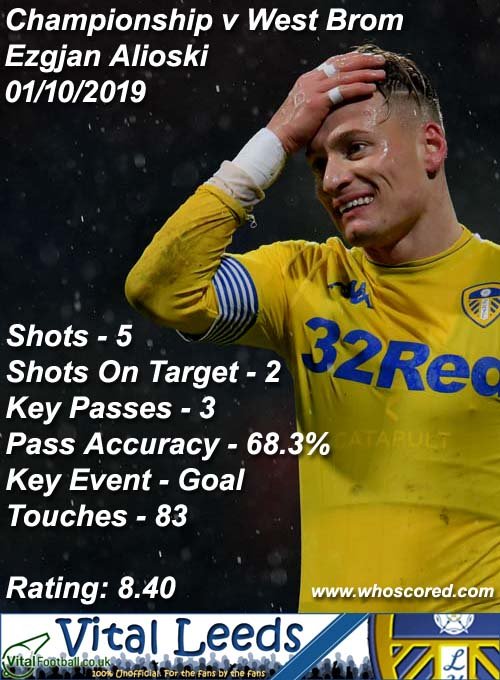 Kalvin Phillips and Mats Klich also received plus seven scorelines for their efforts on the night, but three points are three points and at least until the end of Wednesday evenings fixtures, we were back at the top of the second tier table.

Bielsa Admits West Brom Will Be “Most Difficult” Game Yet, Especially With Ongoing Defensive Conversations