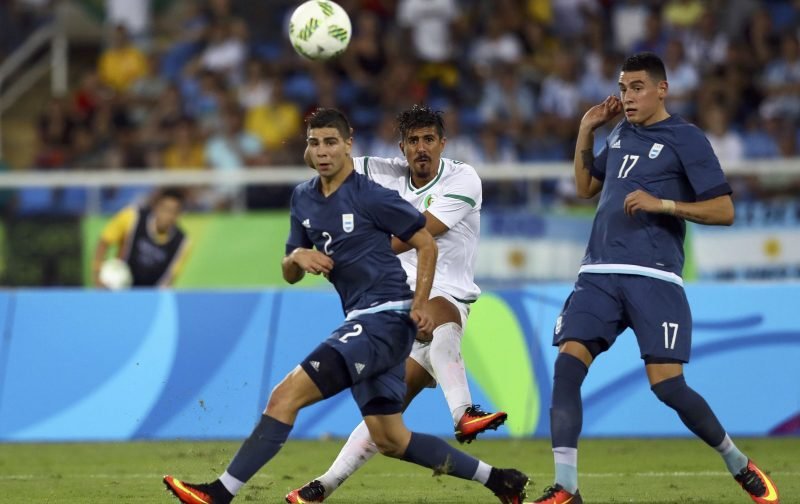 Leeds United have seemingly been pursuing attacking options for the majority of the summer transfer window. Without a doubt, it’s evident that their attack is an area of considerable focus, as Marcelo Bielsa looks to establish a squad capable of attaining promotion to the top-flight of English football. Baghdad Bounedjah is the latest striker to be linked with a move to Elland Road.

According to Talksport, Leeds United have submitted an offer for Al Sadd star, Baghdad Bounedjah. The 26-year-old has a tremendous goal-scoring record for the Qatari side, and his presence could significantly augment the quality of the Leeds attack.

Over the duration of the 2017/18 season, the Whites amassed a reasonably poor total of 59 goals in 46 league games. This total is far too insignificant for a team that flaunts hopes of promotion to the Premier League, and the potential arrival of Bounedjah could significantly enhance Bielsa’s attacking options.

Since joining Al Sadd in 2015, the forward has amassed a superb total of 64 goals in 57 games in all competitions for the Qatari side – an average of more than one goal per appearance. Similarly, his record throughout his professional career is equally impressive. In 186 senior appearances, the Algerian striker has scored a terrific total of 129 goals.

In addition to his highly respectable achievements at club level, Bounedjah has attained the valuable experience of representing his country on the international stage. To date, he has registered 14 international caps for Algeria, scoring a total of four goals.

It’s evident that wherever he goes, and whomever he represents, Bounedjah is capable of finding the back of the net. To have a striker who exhibits such ruthlessness in front of goal, and scores with regularity will be of incontestable worth to Leeds.