Speaking in an interview with the Sunday Mirror via Leeds Live, former Leeds United defender Charlie Taylor has revealed his feelings towards the club after leaving for Burnley a few seasons ago now.

A local lad and fan of the club, many supporters wanted to see him stay put but, instead, he decided to move to the Premier League and play for the Clarets. 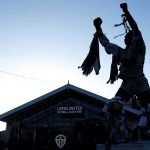 A player of considerable talent, Taylor has got plenty of years left to really have a good career, but there is still a sense of sourness over his exit and how he could have potentially been like Kalvin Phillips this season and helped the Whites, hopefully, to promotion.

He revealed he is still a fan of the club and regrets the way he left, though he does not regret the move to Burnley as he did not know if it was his only chance to play in the Premier League.

“As a youngster growing up, all I ever wanted to do was play for Leeds. That was my dream.

“I loved my time there, but the way it ended was the biggest regret of my career and, if I could go back and change it, I would.”

The way it all finished was awful for all involved and it remains to be seen just whether he returns to Elland Road next season with Burnley in the Premier League and what his reception will be like.

They’ve also got Chris Wood, who could have left in better circumstances, and so both could well get a bit of stick if they do run out in Claret at a ground they used to call home.