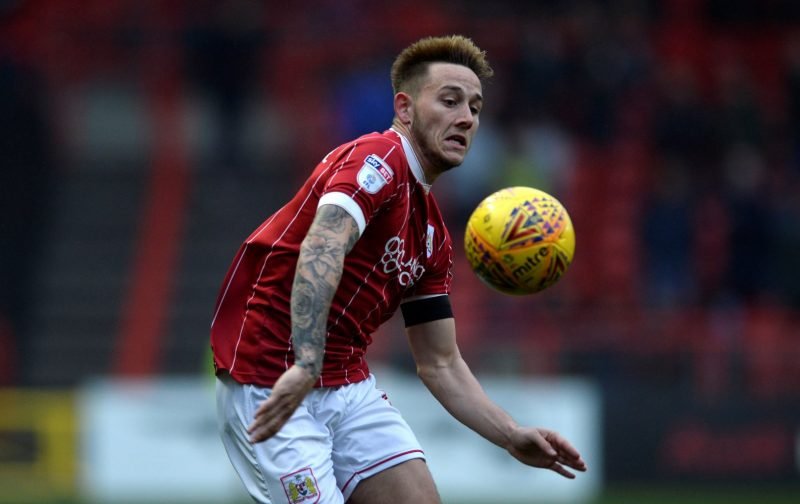 When the arrival of Marcelo Bielsa was confirmed, rumours began circulating about potential signings, most of whom were exciting players. The latest name to be linked with a move to Elland Road is Bristol City’s Joe Bryan, and the 24-year-old could prove to be the most significant signing of all.

According to the Daily Mirror live blog, as cited by HITC, Leeds United are pursuing a deal for Bristol City’s Joe Bryan. The versatile left-back has established his status as one of the Robins’ most important players, and he is arguably one of the most decorated defenders in the Championship.

Despite being only 24, the Englishman is vastly experienced having attained a staggering total of 244 senior appearances, 229 of which have come for Bristol City. Bryan has been an indispensable figure for Bristol for a considerable period, and he’s regarded as one of the most enterprising full-backs in the division

As mentioned previously, one of his most important strengths is his versatility. The 24-year-old is exceedingly adaptable, he can play on either side of a back-four, or he can even occupy a more advanced role on the left flank. Such flexibility could prove to be a magnificent asset for Leeds in the forthcoming season.

Additionally, he exhibits tremendous defensive attributes. His tackling ability is superb, and he flaunts a valuable skill to read the game and intervene when required. His capacity to intercept the ball and retrieve possession is a magnificent feature of his game.

It’s evident that Bryan is a supremely competent defender, but he’s also exceedingly useful at the other end of the pitch. To date, the defender has amassed a commendable total of 22 career goals – and Bryan contributed towards ten league goals for the Robins last season – scoring seven and registering three assists.

With this in mind, it’s difficult to find players who are equally accomplished in defence and attack, and the 24-year-old could prove to be the perfect signing for Leeds.